7 Creative, Unique, & Tasty Breweries Within 10 Minutes of our Broomfield Apartments 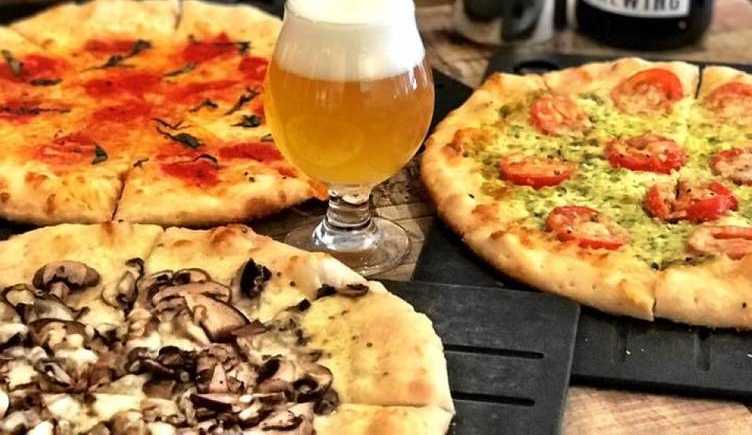 It’s impossible not to love craft beer if you live in Colorado. And if you live at our Broomfield apartments? Lucky for you, you’ll have hundreds of delicious beers to sample all within just 10 minutes of your home at Terracina. Life doesn’t get much better than that! So, after you’ve picked out the perfect luxurious floor plan for you and your family, take a local brewery tour in your neighborhood and find your new favorite stout or IPA.

Here are 7 creative and talented breweries that are all located within 10 minutes of our Broomfield apartments.

Hop in the car and take the short 10-minute drive down to 4 Noses Brewing to drink craft brews from a family-owned business who is doing it all with passion. Their elegant and beautiful taproom is serving up some classic beers as well as unique and creative creations. You can expect fresh ales, lagers, and constantly-changing barrel-aged beers. On tap, you’ll find a selection of 20 rotating taps – both experimental recipes as well as their core classics. Check out what’s on tap here. Hungry? Although the brewery doesn’t have a kitchen, they do have daily rotating food trucks with plenty of delicious offerings.

Also located just 10 minutes from our Broomfield apartments is the Rails End Beer Company. “Rails End Beer Company is about everyone’s personal life journey and the unique experiences each of us have collected along the way. Come grab a pint and share your story with our family,” is what the owner says. Currently, the brewery has around a dozen beers on tap ranging from a light and refreshing honey blonde ale, to a hoppy and bitter double IPA, all the way up to a dark and malty ‘Big Boy’. If you’re looking for a bite to eat, they have rotating food trucks to help satisfy your appetite.

A small-batch craft brewery with creative and carefully-crafted beers is what you can expect from Wonderland Brewing. Their 9,000-square-foot facility features 18 beers on tap, two patios, 20 pinball games, ping pong tables, corn hole, and soon – mini-golf! In between friendly games of your choice, sip on beers such as the Pound Foolish Copper Lager, Broomfield’s Finest Milk Stout, or a Raspberry Velvet Settee. If you work up an appetite from all of that pinball-playing, you can order something up from their Wonder Grill where you’ll find delicious menu items featuring local grass-fed beef, organic chicken, and freshly-harvested veggies.

Crystal Springs Brewing Co. is a quick 5-minute drive from your doorstep at Terracina. They believe that many of life’s problems can be solved over a delicious and refreshing pint of beer which is why they pride themselves on crafting some of the most unique and memorable brews out there. At the Crystal Springs taproom, expect to find 13 beers on tap including the C.A.P. (classic American pilsner), blood orange Kolsch, Crystal Springs IPA, and the Naughty Marilyn (a Belgian ale). For food noshes, they offer a taproom food menu with pizza slices from Nick-N-Willy’s, pork green chili from Casa Alvarez, and more.

Gravity Brewing isn’t your average brewery. Not only are their brewers beer-obsessed, but they are also owned and operated by professional engineers. Based on their strong knowledge of science and engineering, they brew beers that are constantly pushing the envelope of traditional brewing. Enjoy their award-winning craft beer in the Gravity Brewing taproom where you can sip on a lager, tart cherry Dubbel, black IPA, or cream ale while playing a game of pool or ping pong. For food, order up some pizza, burgers, or wings from the on-site ‘Gastronauts’.

Established in 2013, 12Degree Brewing started with a love of Belgian beers, however, that’s certainly not the only style of beer that they are creating. Located in downtown Denver, expect to find around a dozen beers on tap. Indulge in their Cactus Flower Sour, the award-winning Soleil Saison, or the Casa Blanca (a hazy IPA), however, be sure to check their tap list often – it will probably be offering something different than your previous visit. 12Degree also offers pizza, paninis, assorted cheeses, and other yummy bites if you’re hungry.

Pridefully-known as Lafayette’s first brewery, Front Range Brewing Company also opened its doors in 2013. Since then, they’ve established themselves as an award-winning brewery who steps away from the style guidelines to create their own style and taste. Front Range’s core selection of beers includes the Prairie Fire Helles, Piney Ridge Dunkel, and Blackhawk Black IPA. For seasonal selections, expect to find the Red Dirt Irish Red Ale, Waneka Lake Session Chocolate Stout, and the November-fest Marzen. While having a drink, enjoy food from their onsite kitchen is whipping up delicious eats such as salads, quesadillas, and share-worthy pretzels with cheese sauce.

Find Whatever Drink you Want Near our Broomfield Apartments