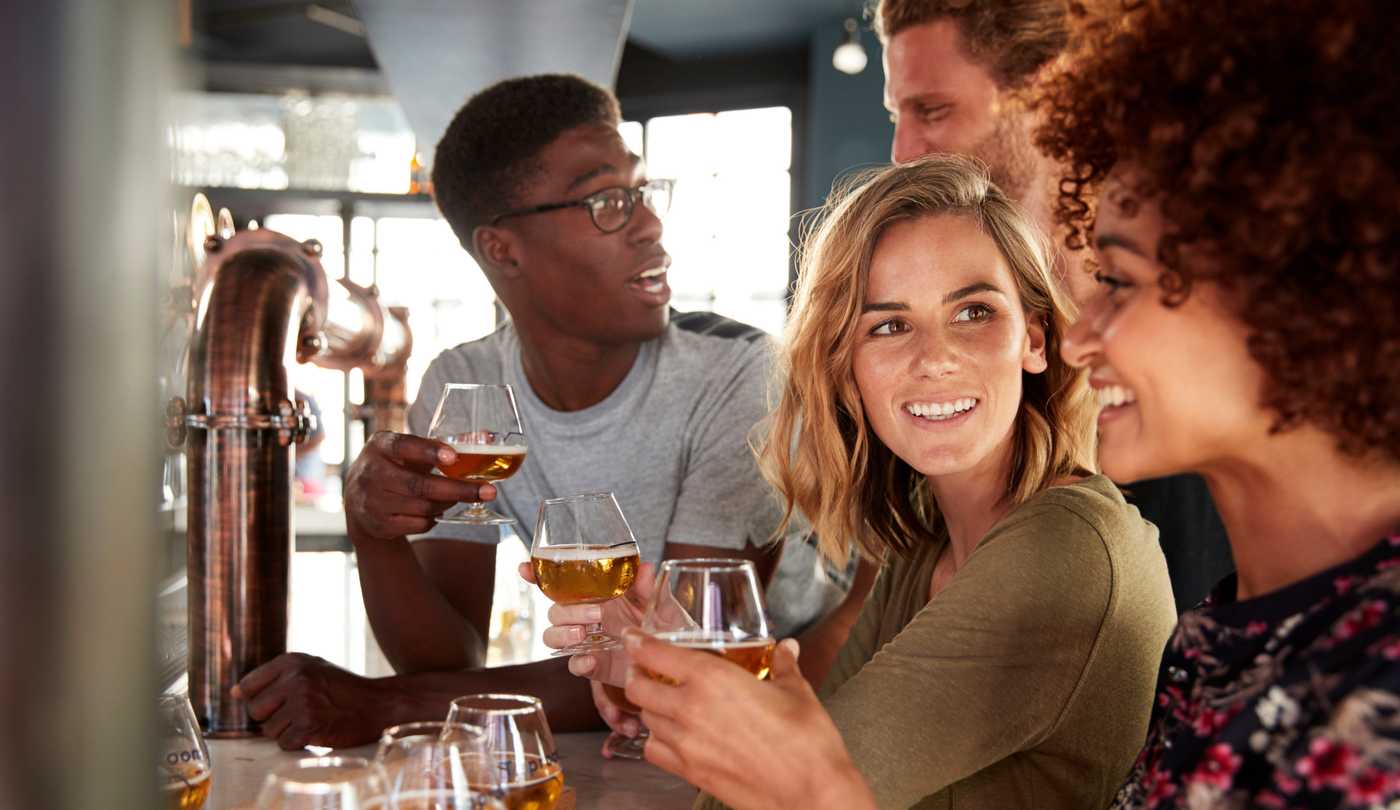 In the chaotic world of today – thank goodness for great craft beer. Beer-loving residents of our Woodbury apartments will be excited to know that there are dozens of craft breweries nearby and five of them happen to be within a 15-minute drive. So, grab a stout with some friends after work or enjoy some lunch and an IPA with the family on a sunny weekend afternoon – residents of City Walk have so many amazing options when it comes to delicious, hand-crafted brews.

Sit back, relax, and sip on a cold, fresh craft beer at 3rd Act Craft Brewery. With 10 taps, pizza, hot dogs, pretzels, games (both indoors and out), and a patio – what more do you really need in a brewery? 3rd Act brews beer styles from all around the world and rotates over 60 beers throughout their 10 bright tanks. Visit their website for hours, reservations, and what’s on tap. Also, be sure to keep an eye out on their event schedule for happenings like outdoor yoga and Sundae Sunday.

Just over 10 minutes away from our Woodbury apartments is Hop & Barrel Brewing Company. Their gorgeous taproom is located two blocks from the pier with a wide array of ever-changing beers on tap. While they don’t cook or serve food on the premises, this friendly brewery encourages people to order food for delivery from nearby establishments or bring your own. Don’t forget to stock up on some cans of Crooked Grin IPA, Big Milk’s Coffee Stout, or Minnesconsin Helles Lager before you leave. Check their website for hours and the live music schedule.

Based in Stillwater, Lift Bridge Brewing Company is Minnesota’s sixth-largest brewery. Known for their flagship beers – Farm Girl Saison and Hop Dish IPA – the brewery has a dog-friendly patio at their taproom where you can also catch some live music. With an impressive rotating tap list, you can also order online to pick-up beer to-go. They offer small snacks for consumption as well. Visit their website for taproom information and live music info.

The beers offered at Wabasha Brewing Company in St. Paul are straight-forward and true-to-style. The cozy taproom with a revolving tap list takes reservations and offers beers like their Red Bonnet Amber Ale, Minnesota Pale Ale, Lock Down Lager, and the Son of Eric Cream Ale. Order food at the taproom by downloading an app and placing an order right from your phone – menu items include burgers, wings, vegan, and vegetarian options. Be sure to visit their website for details.

Less than 10 miles from our Woodbury apartments is Barrel Theory Beer Company. The taproom, located in the Lowertown neighborhood of Saint Paul, offers a variety of fresh and frequently-rotated beers brewed on-site. Since its opening, the brewery has appeared on local and national lists of ‘best new breweries’ and has been praised for their “consistent, balanced approach to greatness”. Check their website for taproom hours.

The craft beer options are nearly endless near our apartments in Woodbury. When you live at City Walk at Woodbury, you’ll have fun exploring all of the different flavors and techniques that the local breweries are experimenting with. Book a tour of our luxury floorplans today.