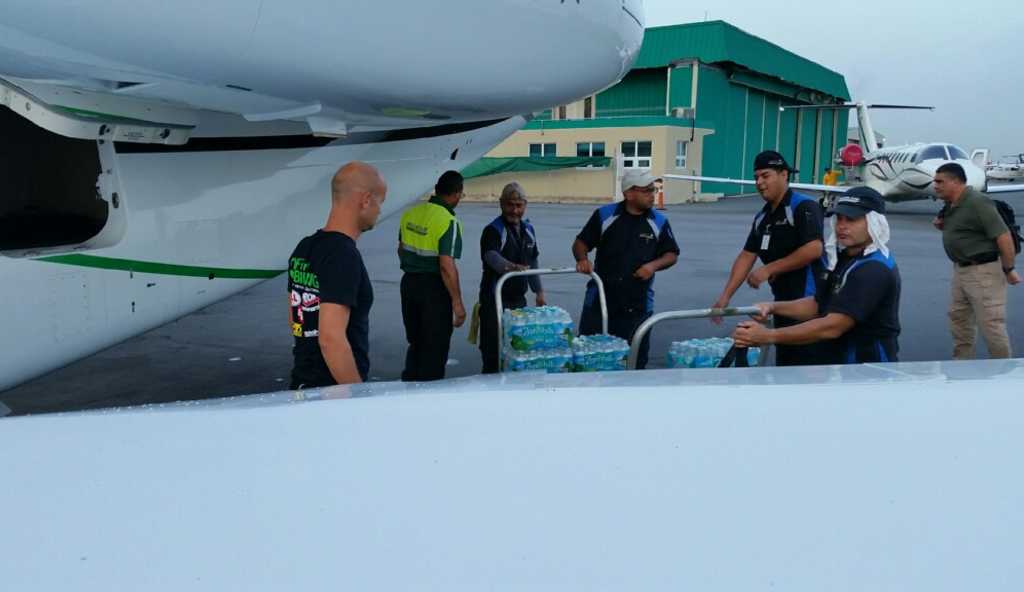 DAYTON, OH – Sep 27, 2017 /FOR IMMEDIATE RELEASE/
An Ohio-based entrepreneur who founded his company on the basic tenets “do the right thing” and “people count” is putting his resources where his mouth is.
Larry Connor, managing partner of real estate investment firm, The Connor Group, on Wednesday donated the use of his corporate aircraft to aid in post-Hurricane Maria relief and evacuation efforts in Puerto Rico. The Citation X, loaded with supplies and operated by Connor Group pilots, made three trips to the U.S. territory in one day, each time landing with critical supplies like water and food, then returning with evacuees.
Much of the island is without electricity, water or fuel. Many airports have been inoperable and overcrowded,making assistance uniquely challenging.“We understand we have a unique opportunity to help people,” said Connor. “As a company we have a set of core values that dictate everything we do. And the two at the top of the list are ‘do the right thing’ and ‘people count.’”
The Connor Group’s core business is ownership and operations of luxury apartments in 12 cities around the U.S., but it also runs a non-profit initiative called Kids and Community Partners which invests in and partners with community programs that help disadvantaged children.
In 2010, Connor, an accomplished aerobatic pilot,personally delivered medical supplies to earthquake victims in Haiti. In the case of Puerto Rico, other than the cost of fuel, Connor refused to charge relief organizations – like the Red Cross, FEMA and others –for the use of his aircraft and personnel.
“We only had two stipulations for the use of the plane: make sure it is filled with critical supplies, like water and food, going into Puerto Rico,” he said. “…And make sure you bring back as many people that you can that are in need of evacuation.”
So far,the group has delivered about 2,000 pounds of supplies and evacuated 30 people, with additional rescue missions planned this week. Evacuees included women, children, the elderly, the infirmed, and people desperately seeking to reunite with their families in the U.S. Connor said he continues to extend and stretch his resources to those in need.
More about Uncategorized
An Expert’s Guide to Tampa Beaches
Read Article
Things to do in Austin, Texas | Top 10 Weekend Activities
Read Article
Moving Tips: Handy Guides and Checklists
Read Article