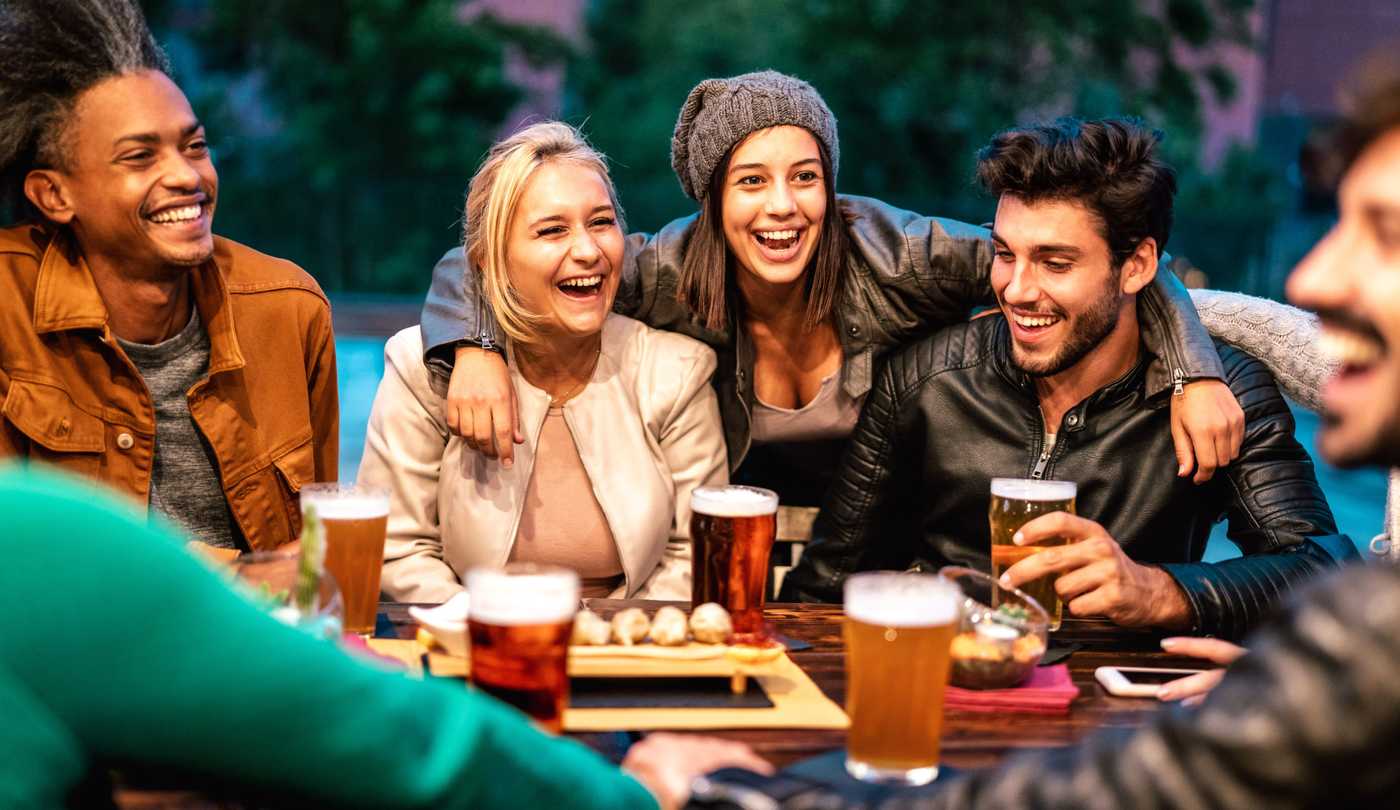 After a long day at work or class, the only thing that might be better than coming home to the comfort of your Highlands apartment in Louisville is enjoying an ice-cold pint of a tasty craft brew. For those that call Highland Station home, locating a thirst-quenching local beer is as easy as walking out your front door. Three of the ‘Ville’s best craft breweries are within walking distance of our Highlands apartments, each offering their own unique atmosphere, delicious local brews, and fun events, ensuring you never have a dull night in the Derby City.

Located just a 6-minute walk from our Highlands apartments in Louisville is Mile Wide Beer Co. Named after the mighty Ohio River, Mile Wide claims their taps are just like their namesake, always flowing. Mile Wide was created by a group of friends with a mutual passion for beer who set out push the boundaries of brewing, creating their own unique versions of traditional beers, quickly becoming a Louisville cult favorite.

The Mile Wide taproom is located in a former biscuit factory and has 12 rotating taps of Mile Wide seasonal brews along with the traditional Mile Wide favorites like Brabble, Idlewild, and McPoyle. If beer isn’t your thing, the taproom at Mile Wide also serves handcrafted cocktails and spirits and, of course, they also have a great selection of Kentucky bourbons. The taproom is separated from the brewery operations by a floor to ceiling wall of glass, giving patrons a look inside the meticulous brewing process that goes into each and every Mile Wide beer. If you’re up for a game, the Mile Wide taproom has multiple dartboards and some classic video games and pinball machines in Noah’s Arcade, located in the taproom.

For food, Mile Wide has partnered with Mac’s Dough House, opening Mac’s at Mile Wide earlier this year, serving up brick oven Neapolitan-style pizzas, wings, salads, and other delicious pub fare. If you’re in the mood for something new, you have to try the Potato Rosemary pizza. It’s like a loaded baked potato on a pizza, and it pairs great with a Mile Wide Brabble.

Mile Wide also hosts events throughout the year ranging from silent discos to board game nights. Check out their calendar to see what fun event is coming up next. Also, for those that frequent Mile Wide, they have the Mile Wide Club. For an annual fee of $50, Mile Wide connoisseurs can get special pricing on beer and Mile Wide merch, priority entry into events, and some Mile Wide swag.

Gravely Brewing Co. – If fresh beer was a religion, this would be the church

Just down the street from Mile Wide and only an 8-minute walk from our Highlands apartments in Louisville is Gravely Brewing Co., serving up craft beer and craft music. Combining their passion for music and beer, the founders of Gravely Brewing Co. took their ambitious dream of starting the world’s first music brewery and made it a reality, creating “[a] place where delicious, thirst-quenching beer is served alongside a healthy shot of soul-sustaining music.”

Gravely claims “our beer styles vary as much as our music selections” brewing everything from crisp pale ales, to hoppy IPAs, to full-flavored stouts. Only the freshest ingredients are used during the brewing process, and, whenever possible, ingredients are sourced locally from farmers in the Louisville area. Gravely’s passion for music spills over into their beer names with most of the beers dawning music-related names like White Stripe, Power Chord, and La Bamba. Their taproom features 14 rotating taps featuring seasonal Gravely brews as well as a few of their “Greatest Hits.” The taproom is decorated using old audio and stereo equipment from the ’80s and ’90s, hitting visitors with a wave of nostalgia as they walk through the door. As for grub, Gravely has partnered with Mayan Street Food to provide you with authentic Mayan street tacos brought straight to your table.

Depending on who you ask, some would say Gravely is a brewery with a music venue, while others might say it’s a music venue with a brewery. Neither is incorrect. The folks at Gravely take music just as seriously as they do beer, so it makes sense they would pour the same passion they have for beer into their music venue, creating a state-of-the-art venue hosting local and national acts in an intimate setting with delicious handcrafted beer. Be sure to check out their calendar to see what artists and events are coming up.

Only a 15-minute walk from Highland Station is another favorite Louisville brewery with over a century of brewing tradition, Falls City Beer. Falls City has a long history of brewing beer in Louisville, originally opening in 1905 by a “ragtag” group of grocers and tavern owners in order to fight a growing beer monopoly. It would take 7 years for the group to profit from their ambitious venture, but they were steadfast in their dedication, preserving their rebellious spirit, a spirit which is reflected in the beer they brew today. When prohibition began and many small breweries were forced to close their doors, Falls City continued making profits selling near beer, soft drinks, and ice to stay afloat. Once prohibition ended, Falls City was primed to take advantage of the diluted market. Beer began brewing again, and soon after, Falls City Beer was being distributed to 7 different states and their Classic Pilsner was soon Louisville’s best-selling beer. However, in 1978, Falls City Beer closed its doors due to declining sales and seemingly insurmountable competition from big beer companies like Anheuser-Busch and Miller.

Riding the wave of the growing craft beer trend, with support of a group of local investors, Falls City re-opened in 2010, serving up the Classic Pilsner that made the brewery famous a century ago. Keeping in step with the demand for craft beer, Falls City added additional beers to its line up including Louisville City Golden Ale, Streetlamp Porter, and Hipster Repellant IPA, and opened a taproom in Louisville’s NuLu neighborhood.

The taproom features 12 rotating taps of Falls City seasonal brews and year-round favorites, as well as a selection of fine bourbon and other spirits. The taproom also features an outdoor beer garden with a built-in fire pit, bistro lighting, and live music almost every weekend. Food at the taproom is provided by Bandido Taqueria serving up burritos, tacos, nachos, and more to go along with your favorite Falls City brew. Stop by for trivia night every Wednesday or check out their event calendar to see what fun event is coming up next.

Highland Station features spacious floor plans with designer finishes and world-class amenities, but perhaps the best part about our Highlands apartments in Louisville is the location. We’re so close to the best the Derby City has to offer and within walking distance of some of the city’s best craft breweries. Come experience the convenience of urban-style living and schedule a tour of our Highlands apartments in Louisville today.