Business is booming around every corner from our New Albany apartments 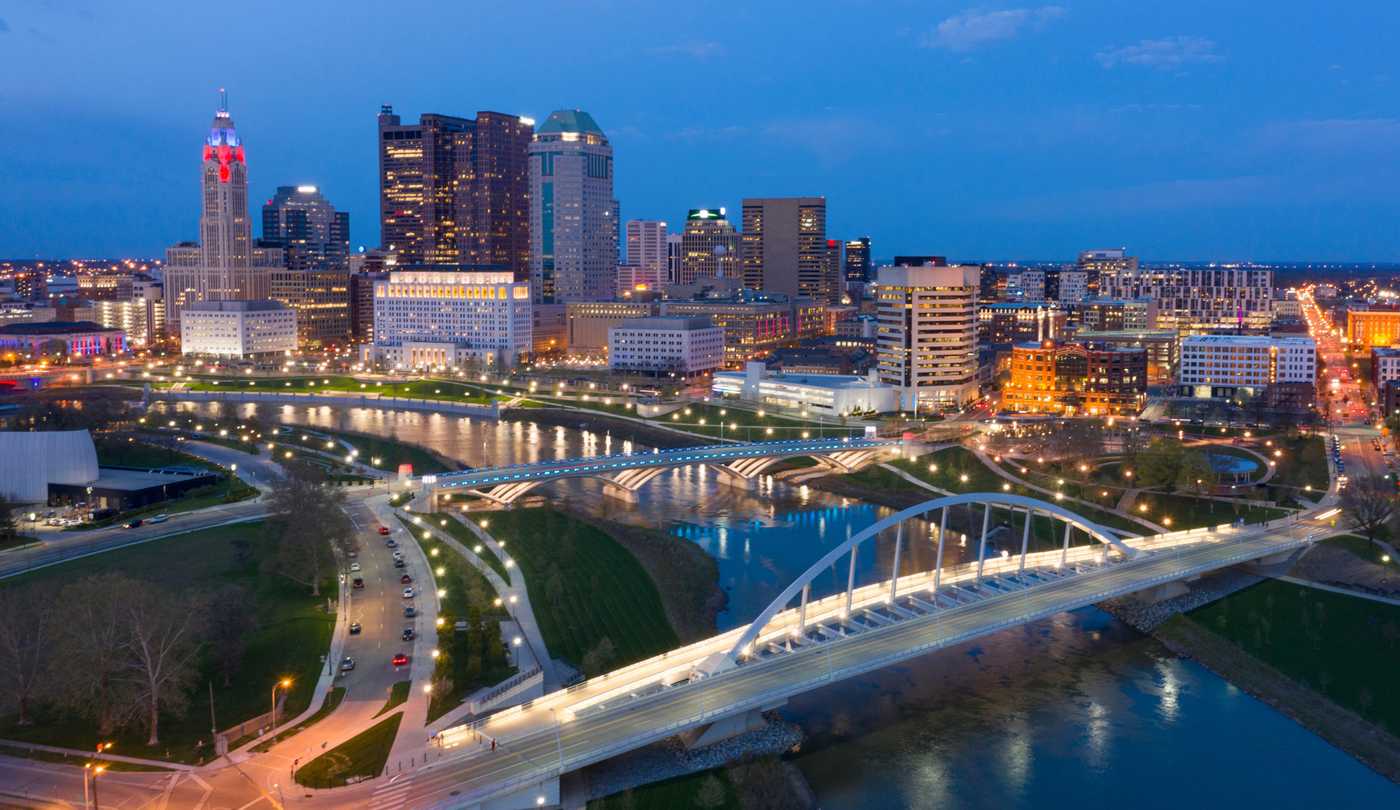 The residents The Estates at New Albany have the benefit of living in a city with one of the best economies in the country. The Columbus region is the fastest-growing metropolitan area in the Midwest, leading the Midwest in job creation, population growth, and GDP growth since 2010. Home to many recognizable brands, innovative small businesses, and powerhouse academic and research institutions, Columbus has a diverse economy, spurring economic growth and ensuring a positive and sustainable future for the city.

Below we highlight some of Columbus’s largest employers that have played a major role in the city’s growth and economic diversification over the past decade, making Columbus one of the best cities for young professionals, entrepreneurs, and startups in the country.

JPMorgan Chase & Co. got its start in Columbus over 150 years ago in 1868. From its humble beginnings as a simple local bank, the company has grown to be one of the biggest names in banking, leading the industry in customer-focused innovations. Columbus is home to JPMorgan Chase & Co.’s consumer-banking administration and their mortgage-servicing hub, but more-importantly Columbus serves as one of the company’s main “Technology Hubs,” focusing on improving customer service through the utilization of technology. All of the company’s internet banking functionality and mobile banking apps were developed by employees in Columbus.

The McCoy Center in Columbus is JPMorgan Chase & Co.’s largest facility, even larger than the company’s facilities in New York and London, and accounts for over 10,000 of the company’s employees. Although JPMorgan Chase & Co. has a large international presence, they have found remaining in Columbus to be beneficial due to the low cost of living, a constant flow of young talent from local universities, and the growth and diversification of the local economy.

Similar to JPMorgan Chase & Co., Huntington got its start in Columbus over 150 years ago, opening up their first bank in 1866. Today, Huntington has expanded its banking operations considerably but still remains headquartered in Columbus, employing nearly 5,000 people. From day one, Huntington was committed to giving back to the Columbus community. In 2017, Huntington doubled-down on this commitment, opening up a brand-new state-of-the-art facility that is expected to generate over 1,000 new jobs by 2024. But they didn’t stop there. In addition to opening their new facility, Huntington also announced a $300 million lending commitment in partnership with the city of Columbus to invest in low-to-moderate income communities through development and lending programs.

You may not know this, but the home of the Original Slider® is actually Columbus, Ohio. Although the fast-food burger chain got its start in Wichita, KS back in 1921, co-founder Billy Ingram moved the company’s headquarters to Columbus in 1933 as the company set out to expand throughout the Midwest. Today, White Castle operates over 300 restaurants across 8 states, and the Columbus office serves as the headquarters for the company’s restaurant operations, restaurant equipment manufacturing, and distribution.

If you’re from the Columbus area you’re well aware that the city is home to one of the nation’s biggest fast-food chains, Wendy’s. Dave Thomas founded Wendy’s in Columbus back in 1969, and the restaurant still has its headquarters in Columbus, employing over 12,500 people. Today, Wendy’s is the third-largest quick-service hamburger provider in the world with over 6,700 restaurants across 28 countries.

The St. Louis based brewer expanded its operations to Columbus in 1968, building a state-of-the-art brewery for the purpose of improving distribution across the Midwest. Today, Anheuser-Busch is the largest beer brewer in the world with 12 major breweries across the country, the Columbus brewery being one of them. The Columbus brewery employs over 1,000 people and brews 20 different Anheuser-Busch brands including Budweiser, Bud Light, Busch, Michelob, and Landshark. The Brewery recently underwent a $7 million upgrade making the brewery more efficient, more flexible, and more sustainable, increasing the amount of beer capable of being produced to over 10 million barrels per year. Anheuser-Busch also recently announced plans to build a new distribution center in the Columbus area that the company claims to transform the distribution process and bring more jobs to the Columbus area.

Just down the road from our New Albany apartments is L Brands Inc., which is the parent company of many recognizable brands such as Victoria’s Secret and Bath & Body Works. The company got its start in Columbus in 1963 when the founder, Leslie H. Wexner, opened up his first store, The Limited, specializing in clothing for younger women. In 1980, Wexner would begin acquiring struggling clothing brands including Victoria’s Secret, Lane Bryant, Abercrombie & Fitch, applying his successful model and turning these brands into household names while also creating new brands such as Limited Too, Hollister, Express, and The White Barn Candle Company. The company became so influential in the retail space that they partnered with a real estate developer in the late 1990s to build Easton Town Center, a state-of-the-art shopping complex adjacent to the company’s headquarters, to showcase flagship stores for all of their brands.

While it may not be a household name, Alliance Data is another company that has had a profound impact on the Columbus economy. Originally established as the credit card operation for L Brands Inc., Alliance Data was established in 1996 when L Brands merged this portion of their business with the credit card processing division of JC Penney Company Inc. Today, Alliance Data utilizes the information gathered from its consumers’ credit card activity to provide powerful insights for their clients in order to boost sales and create stronger relationships with their customers. While the credit card service division has always been based in Columbus, recently Alliance Data decided to make Columbus the headquarters for the entire business, moving the majority of their operations to their $91 million state-of-the-art business complex just south of Easton Town Center. Alliance Data currently employs over 3,000 people at their Columbus headquarters.

Nationwide is synonymous with Columbus. The insurance company was established in Columbus in 1926, and from its humble beginnings made giving back to the community a top priority. Nationwide’s investment in the city of Columbus is quite apparent with the company being a primary sponsor for the Columbus Blue Jackets who play at Nationwide Arena, the Columbus Clippers minor league baseball team, the Columbus Zoo, and The Memorial Tournament held in Dublin every year in late May. Nationwide currently employs over 12,600 people at its Columbus headquarters.

Although Columbus is home to many recognizable brands and companies, the largest employer in the city is still The Ohio State University. In addition to supplying the Columbus market with a steady stream of well-educated graduates entering the workforce, the university also employs more people than any other business or institution in Columbus with over 49,000 employees.

Columbus is home to some of the most recognizable companies in the world, and over the past decade has experienced an economic boom, spurring the growth of the city and making Columbus one of the most desirable locations for businesses and highly skilled workers. If you’re searching for an apartment in Columbus, The Estates at New Albany is the ideal choice for anyone who works for one of Columbus’s major employers. Schedule a tour of our apartments in New Albany today!