Explore the ‘Hooch’ Near Our Apartments in Atlanta 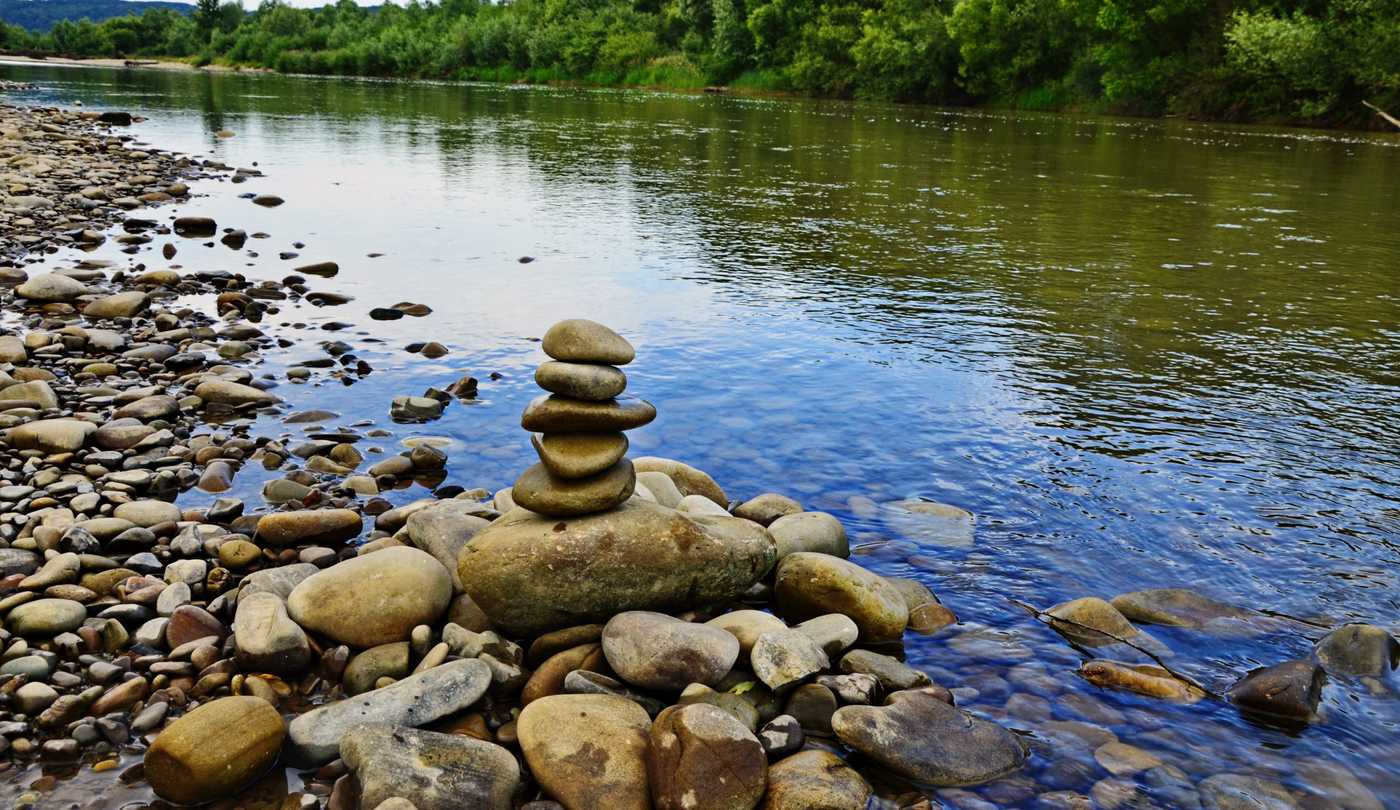 Our luxury apartments in Atlanta offer a comfortable oasis from the hustle and bustle of the city, but what if you want to escape further from the concrete jungle and get in touch with nature? That’s where the Chattahoochee River National Recreation Area comes in. Besides being fun to say, the Chattahoochee River National Recreation Area offers the perfect refuge from the chaos of city life with its awe-inspiring scenic river views, dense bamboo forests, abandoned Civil War mills, and abundance of North Georgia wildlife. Here’s the rundown on how to best explore the ‘Hooch.’

History of the ‘Hooch’

The Chattahoochee River National Recreation Area (CRNRA) was established in 1978 by President Jimmy Carter, officially bringing the 48 mile stretch of the Chattahoochee River under the protection of the National Park Service and the US Department of the Interior. In addition to the 48 miles of river, CRNRA also includes 15 different land units along the river, with CRNRA encompassing over 10,000 acres of the Chattahoochee River valley altogether. In 2012, CRNRA was officially named in a National Water Trail as part of a movement to increase access to water-based recreation in federally protected areas, turning CRNRA into a go-to destination for kayakers, rafters, and anglers in the Atlanta area.

Today, the CRNRA is preserved for nature lovers but the history of the Chattahoochee River valley dates way back before 1978. The ‘Hooch’ served as the lifeblood for many early settlers dating back to the 18th century, serving as the primary source for water, food, and transportation. In the 19th century the river began being used as a source of power, sustaining the many mills and factories constructed along its banks. Many of the mills and factories that dotted the riverbanks still exist today, but as dilapidated versions of their former selves, being slowly absorbed by the wilderness around it, serving as a window into the region’s storied Civil War past.

If you consider yourself an avid angler, then you certainly will want to test your skills on the ‘Hooch’. At first glance you may not think the Chattahoochee is great for fishing with its rocky shoals, muddy waters, and proximity to a booming metropolis, but you’d be wrong. The ‘Hooch’ offers some of the best fishing in the southeast. Home to over 20 species of game fish including bass and catfish, the ‘Hooch’ offers excellent fishing all year-round. But the ‘Hooch’ is best known as being one of the best places to fish for trout east of the Mississippi.

From late summer until early spring, you’ll find fishermen all along the ‘Hooch’ casting lines in search of trout. The quality of the trout fishing on the ‘Hooch’ can be attributed to a number of factors including the cleanliness of the water, and an overall healthy river ecosystem, but what makes the ‘Hooch’ so great for trout fishing is that it is stocked with trout. The Buford Trout Hatchery is located just south of the Buford Dam at Lake Lanier and is responsible for stocking over a third of Georgia’s public waters, including the Chattahoochee, with trout in order to sustain healthy water ecosystems throughout the state.

While the number of trout released into the river has decreased over the years due to natural reproduction, the best fishing on the ‘Hooch’ is always between the hatchery and the dam, where the influx of new fish combined with the cool water released from the dam create the ideal spot for trout fishing, with some anglers reporting days of 20+ catches.

While the fishing is fantastic, the trout that call this portion of the ‘Hooch’ home are protected and are to be released immediately upon catching. You must also make sure to have a valid Georgia fishing license and a trout stamp in order to cast a line anywhere in the CRNRA. For more information on fishing licenses and fishing regulations visit the Georgia Department of Natural Resources website.

While it may be the more physical and dirtier option, there’s no better way to get acquainted with the majesty of the ‘Hooch’ and it’s storied past than by foot. Throughout the 48-mile chain of parks that make up CRNRA there are over 80 miles of hiking trails showcasing the diversity and beauty of the river valley and the rich Civil War history of the ‘Hooch’.

While it may not be as popular as the West Palisades trail due to its ruggedness, the East Palisades trail offers a lesser-traveled trail that explores the eastern bank of the river. The 3.4-mile loop starts off with a scramble up a towering bluff that culminates with panoramic views of the ‘Hooch’ and the angular shoals of the palisades. From here you work your way back down before navigating through a dense bamboo grove that will make you feel like you’re in the rainforest, before making your way up another rocky bluff for more awe-inspiring views of the ‘Hooch’.

Sope Creek Trail is a short 1.5-mile hike that is a must for any history buff. The trail explores Sope Creek, a tributary of the ‘Hooch’, as it takes you past tranquil ponds surrounded by vibrant wildflowers as you make your way to the ruins of a Civil War-era paper mill about a half-mile into the hike. The mill is the highlight of this hike as it’s stacked-stone construction and foliage-covered ruins will have you thinking you’re exploring the ruins of a medieval castle rather than a 19th-century paper mill. Historians believed the mill was built in 1855 but was destroyed during the Civil War by Union soldiers due to the mill’s role in producing currency for the Confederacy.

These are just a couple of hikes that highlight the uniqueness of the CRNRA, but there are plenty more trails waiting to be explored. Check out Atlanta Trails’ list of top 10 hikes in the CRNRA and get out there and discover the beauty and history of the ‘Hooch’.

Floatin’ and Boatin’ on the ‘Hooch’

With its steady year-round flow and serene scenery, boating is one of the most popular activities in the CRNRA. With access to the river provided at all 15 land units throughout the chain of parks, getting your boat or kayak into the river is as simple as can be. Throughout the year the river is relatively calm, perfect for floating and canoeing, but during times of heavy rain or during dam releases, the flow can pick up considerably, attracting kayakers and rafters to the turbulent waters to test their skills. If you don’t have the equipment, no need to worry! Select authorized outfitters offer boat and equipment rentals at most of the land units throughout the CRNRA.

CRNRA is a great place for kids to learn about local wildlife, rivers, wetlands, water quality, watersheds, and the region’s deep history. Throughout the year CRNRA hosts a series of ranger-led educational programs designed for kids to learn more about the park. Kids can even join the Junior Ranger Program where they learn how to identify local plants and animals and learn about the importance and value of preserving lands such as the Chattahoochee River valley. If your child has shown a real interest in the outdoors and is in the fourth grade, make sure to sign them up for the Every Kid Outdoors Pass which provides a fourth grader and their immediate family free access to all National Parks and over 2,000 federal lands.

Escape at CRNRA near our Atlanta Apartments

When life gets too hectic, it’s nice to take a step back and connect with nature and CRNRA is the perfect place to do so. Whether you want to spend a relaxing day floating down the Hooch, exploring the ruins of Civil War mills, or wading in the river fishing for rainbow trout, CRNRA has everything for the nature lover in all of us and is just a short drive from our apartments in Atlanta. For more information about the park including admission prices, maps, and river conditions, visit the Chattahoochee River National Recreation Area website.

Schedule a tour of our Atlanta, GA apartments today! Our friendly and knowledgeable staff can’t wait to show you the good life at our apartments in Atlanta.