Best Steakhouses in Dallas According to Locals 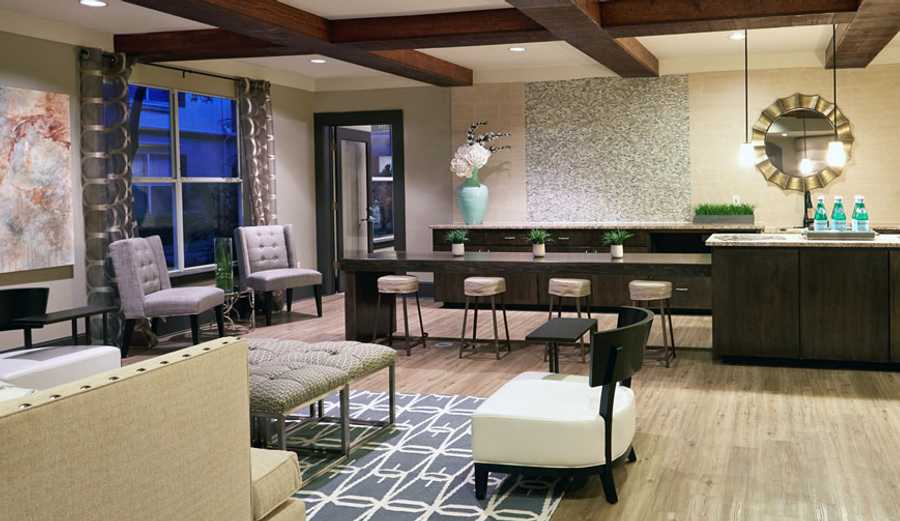 When you’re in Texas, you need beef. You can’t roll through the border and order a delicate fish dish – they’ll grab you by the shoulders and give you the bum’s rush out of the state! That’s actually not true, Texans are an exceedingly friendly people, but the part about loving beef – that’s 100% accurate.

From one steak lover to another, let me tell you: Dallas steakhouses are not going to let you down. Grab a bib, your best knife, and your most comfortable pair of pants, because it’s time to dig in.

Just a warning – these are listed in no particular order. Locals will probably fight about which steakhouse is best, and I’m not going to claim absolute and supreme knowledge. Here are some of the best I’ve ever been to, and the steakhouses I know are favored by those in the know in Dallas.

1. Kenny’s Wood-Fired Grill
Comfortable settings, high-quality cuts, and downhome recipes classify this uptown Dallas establishment. Kenny’s Wood-Fired Grill isn’t trying to be the place where you leave your jeweled walking stick at the door – this is just good Texas cooking with a touch of modern styling.
They’ve got a great sense of humor, too – under the usual “don’t consume undercooked meats, blah blah blah, raw eggs” language is the small inscription “our lawyers made us do it.”
Though the tuna steak is a slice of fried gold, you’re probably coming here for a steak recommendation, am I right? Obviously, the rib-eye is never going to do you wrong, and this one comes with garlic mushrooms. If you’re looking for something a little less heavy, the steak sandwich (complete with brie and “demi & horsey” sauce) is an excellent option.
Their lunch is a little lighter, but the burgers and sandwiches are tasty all the same.
If you can get to Kenny’s on a Sunday, check out their brunch setup – I particularly recommend the chicken & waffles.

2. Al Biernat’s
So popular that they had to open two locations – both in Dallas – Al Biernat’s is always jumping. Owner Al Biernat worked at the Palm in Los Angeles, a world-famous steakhouse in its own right. After holding every position under the sun, he opened Al Biernat’s in 1998, and has clearly carried that legacy with him.
If you’re looking for a recommendation on an entrée, Al Biernat’s makes my job a little tougher. The seafood is absolutely top notch, and I split the trophy between the halibut (crusted in Japanese horseradish) and the grilled sea scallops in ginger butter.
The “Air, Landy, & Sea” is probably the most interesting bit on the menu, with prawn, buffalo, quail, and scallop all tossed on one plate with a port demi-glace – this is a great entrée to try for those bored with sirloins and burgers.
However, when it comes to the steak, you can’t miss the Wagyu New York strip. Though it’s a pricey choice, it tastes like heaven wrapped in a warm hug. If you’re looking for something that won’t snap your wallet in half, the 20 oz prime rib will treat you right.

3. Neighborhood Services
Though the name sounds like some kind of outreach program for underfunded schools, in reality, Neighborhood Services (or NHS to the locals) is a solid, no-nonsense steakhouse that promises “honest food & drink in the American tradition.”
And that’s all the info you get about their business. No cutesy backstory, no menu full of puns. This is a place to sit down with friends, family, or your significant other and enjoy delicious food and hopefully sterling dinner conversation.
The setting is modern but simple – a long dining room, a black warehouse-style ceiling with modern light fixtures, a pleasant cedar bar, and gray leather booths. This place is clean, elegant, and comfortable.
The food is half steakhouse, half modern gastropub, and ALL tasty. You’ve got elegant options like the cold smoked salmon (raw and tender) alongside comfort options like fish & chips, any of which I’d happily recommend.
But if we’re talking cow, and you’ve got the heart for it, I’d put the “Funk Room Delmonico” in front of you. Described in their menu as “one hell of a piece of meat,” the Funk Room is dry aged for up to two months in a hot, humid room lined with Himalayan sea salt!
This steak is ridiculous, and by that, I mean ridiculously good.

4. Del Frisco’s Double Eagle Steak House
When you walk into Del Frisco’s, you’re met with metal and glass-swirled walls and towering wine stacks. This is a modern, hip-but-classy establishment for diners seeking something with a little more – excuse the pun – meat on its bones.
Del Frisco’s was actually voted by Zagat’s as one of the “Sexiest Restaurants in the U.S.” Could be the décor, could be the friendly servers, but at least when I was there, it definitely referred to the patrons.
But what about the food, you ask? Okay, here’s my full recommendation, from top to tails. Start with either the nueske’s bacon au poivre or the shellfish plateau, depending on your personal preference for surf or turf.
Segue into the blue cheese lettuce wedge if you’re in a salad state of mind, otherwise grab the lobster bisque for a creamy, rich soup experience. If you’re going with a seafood entrée, try the seared Chilean sea bass – I particularly enjoyed the garlic sauce that came with this one.
When it comes to the steaks, don’t be surprised that I’m recommending the bone-in prime ribeye. Del Frisco’s throws a solid crust on this ribeye, simple but flavorful spices, and finishes it all with all of the butter.

5. Y.O. Ranch Steakhouse
If you’ve eaten enough ribeyes, filets, and New York strips to choke a T-Rex and you’re ready for something a little different, Y.O. Ranch Steakhouse is going to have to be your next stop in Dallas.
Packed with simple décor with a modern western vibe, Y.O. Ranch works as both a nice romantic spot for two or a place to hang with the fellas (or the gals). The servers are friendly and attentive, and hit that sweet spot between “at the table WAY too much” and “having to shoot a signal flare in hope of rescue.”
Now, on to what makes Y.O. Ranch unique – they specialize in turning wild game into comfort food.
The antelope carpaccio with toast points is an easy recommendation for a starter – I mean, where else are you going to get melt-in-your-mouth antelope? Is it nowhere? I bet it’s nowhere. But, if you’re looking for a sampler, the wild game platter gives you a bit of quail, venison, and wild boar to try.
They’ve got beef if you need it, of course, with the tomahawk ribeye for two being a particularly good choice. But if you want a big hunk of wild game seared up and slapped on your plate, I’d recommend the elk tenderloin, cooked in a blackberry reduction and crusted with espresso.
I mean, an espresso elk tenderloin? If you’re in Dallas, do me a favor and don’t miss this one.

6. Pappas Bros Steakhouse
Last and absolutely not least, Pappa Bros Steakhouse is often considered one of the finest steakhouses in all of Texas! A bold claim, I admit, but I don’t have to defend it too hardily – their dry-aged slabs of mouthwatering beef do all of the work.
What brings them such high praise and numerous accolades? First off, let’s get right down to the meat: whether you order the filet, the veal, or the porterhouse, you’re in good hands. Crispy exterior, soft and juicy interiors, simple rubs and enough butter to swim through? Sweet Christmas, these are some excellent steaks. My recommendation on steaks is almost always going to go to the ribeye, and that goes double for Pappas Bros. The bone-in prime ribeye is so good it deserves its own one-man show on Broadway, is all I’m saying.
All of the sides are delightful, but the roasted wild mushrooms and the au gratin potatoes definitely deserve your attention.
And, if you’re a fan of the grape, Pappas Bros has numerous sommelier’s who can help you find the exact bottle or glass that fits not only your dish, but your particular style and palette.

Eat Like a Local, Sleep Like a King
If I’ve done my job right, then there’s a food coma in your future that I’m absolutely proud of providing. Any one of these best steakhouses in Dallas is going to treat you and your appetite right, but make no mistake – everything is bigger in Texas, including the beef.
Clear your schedule, loosen your belt, and make sure you’re not too far from bed because these culinary adventures are going to leave you satisfied and ready for a meat-nap.