Express your fandom near our New Albany apartments 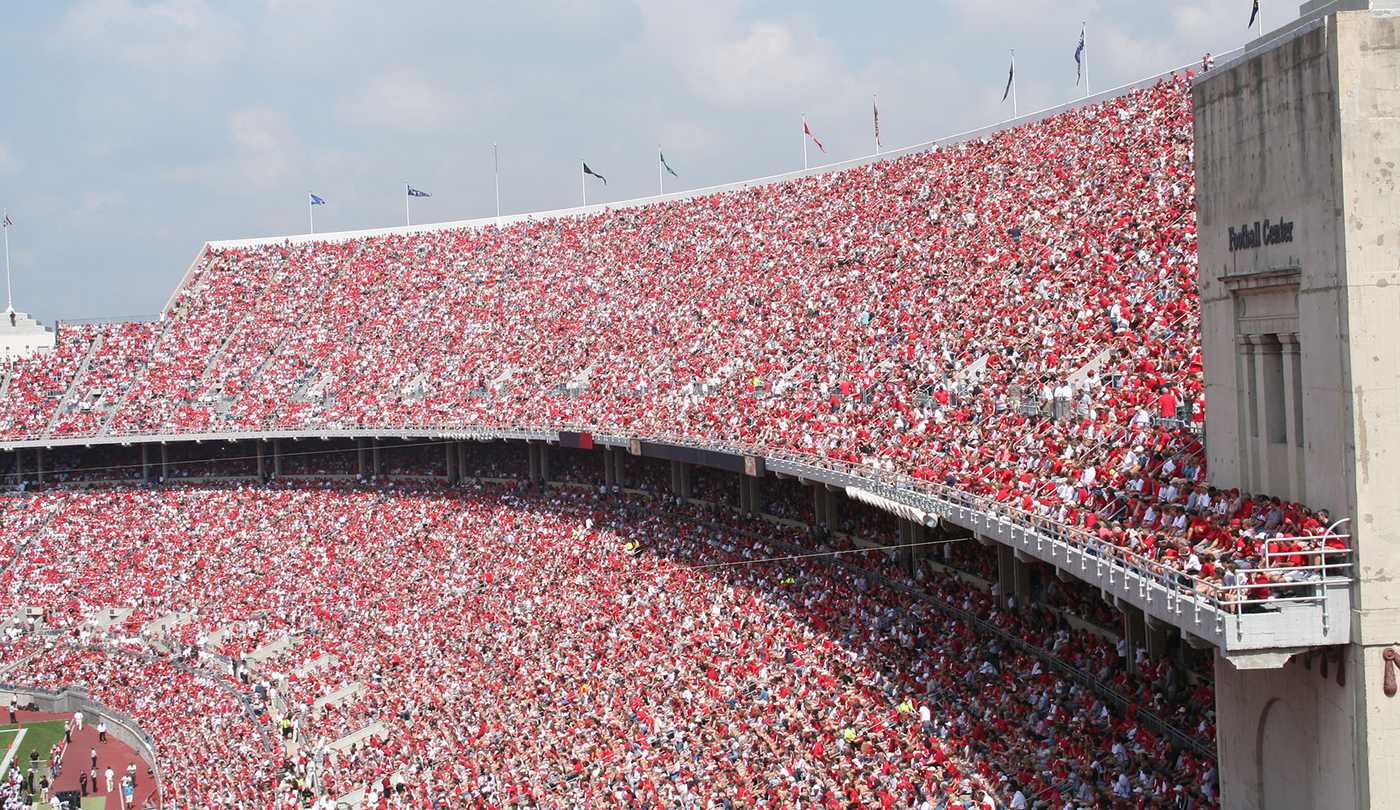 Our neighbors at The Estates at New Albany not only enjoy close proximity to some of the best shopping in Columbus and award-winning school districts, but they also get to experience the passion and excitement of living in a city brimming with sports traditions.

Despite not having a professional football, baseball, or basketball team, the love for Columbus sports still burns bright. Home to the Columbus Crew of the MLS, the Columbus Blue Jackets of the NHL, and The Ohio State University Buckeyes, Columbus has ample opportunities for you to express your fandom and enjoy top-notch athletics near our apartments in New Albany, OH.

The Ohio State University: A century of athletic prowess

It’s a lovely Saturday afternoon in the fall and you venture out of your apartment in New Albany, OH to run a few errands. You finish your errands in record time because, surprisingly, all of the stores you needed to go to were virtually empty. Although it was convenient, it’s also kind of creepy. Where is everybody? Was there some kind of apocalypse?! You decide to calm your nerves and watch some tv. You turn the tv on and you suddenly realize what’s happening. There’s an Ohio State football game on…

If you’re new to Columbus, chances are you’ve had this happen to you. In Columbus, we love our Buckeyes, and for many people here, it’s a passion that borders on obsession (but in a good way), with every Saturday from September through the New Year dedicated to rooting on the Buckeyes. Whether it’s football, basketball, baseball, or even fencing (yes, fencing), we love cheering on our Ohio State Buckeyes.

The Ohio State University was established in 1870 as a land-grant university. At the time there was no athletic program, as this sort of luxury was reserved for Ivy League schools. But in the early 1900s, Ohio State would begin a century of athletic prowess that would result in 30+ national championships across 14 different sports and produce household names like Jesse Owens, Woody Hayes, and Jack Nicklaus.

OSU continues to build on their tradition of athletic excellence today, with their football team carrying the torch. Ohioans love football. I mean LOVE football. That’s why the 102,000-seat Ohio Stadium, affectionately referred to as “the Shoe”, is consistently sold out when the Buckeyes play, creating a loud and intimidating sea of scarlet and gray. The program has a storied past, winning 35 Big Ten Conference titles and 8 National Championships, and producing 7 Heisman Trophy winners and 10 NFL Hall of Famers including Paul Warfield, Dick LeBeau, and Cris Carter. Today the Buckeyes are a perennial contender for the College Football National Championship, making the playoffs 2 out of the last 5 years and winning the national title as recently as 2015.

Ohio State football games are unlike any other sporting event you’ve ever experienced. The passion is palpable, and the excitement is contagious. And since they started serving beer throughout the stadium in 2016, you can always bank on some otherworldly people-watching once the Buckeyes start running up the score on their opponent. Some would say the half-time show is as impressive as the game, showcasing the Ohio State Marching Band, or “The Best Damn Band in The Land”, traditionally performing the classic “Hang On Sloopy” and forming the famous script Ohio. Check out their website for the game schedule and ticket availability, but act fast, tickets sell out quickly.

While OSU may be best known for its football dominance, the school also has a history of dominating in other sports, earning national championships in baseball, basketball, golf, gymnastics, swimming, volleyball, and wrestling. Don’t miss out on any chance to cheer on the Buckeyes. Check out the Ohio State Athletics website for schedule and ticket info for all Ohio State sports.

The Crew and Blue Jackets: Professional sports in Columbus

Although we may bleed scarlet and gray in Columbus, we still have plenty of love and passion for our professional sports teams – the Crew of MLS and the Blue Jackets of the NHL. Professional sports are somewhat new to Columbus, but the Crew and the Blue Jackets have been accepted with open arms, chiseling out their respective spots in Columbus sports lore, and each experiencing success in their relatively short history.

Only a 20-minute drive from our apartments in New Albany, OH is MAPFRE Stadium, home of the Columbus Crew. In 1996 the Columbus Crew became Columbus’ first professional sports team as one of the 10 founding teams of the newly formed professional soccer organization, Major League Soccer (MLS). Since their inception, the Crew has made the MLS playoffs 15 times, earning the Supporter’s Shield for the best record in the MLS on three separate occasions, winning the US Open Cup in 2002, and the MLS Cup in 2008, bringing Columbus their first professional sports championship.

The passion we have for the Crew here in Columbus is best showcased by the actions taken by fans in 2017 when new ownership formally announced plans to relocate the Crew to Austin, TX. Die-hard fans began the #SaveTheCrew movement and went as far as holding protests outside the capital building in Columbus urging Ohio lawmakers to take a stand. In January of 2018, citing legislation that was written in the wake of the Cleveland Browns’ surprise relocation to Baltimore in 1996, the State of Ohio deemed the relocation of the team illegal, thus keeping the Crew in Columbus for the foreseeable future, and solidifying the Crew’s place in Columbus’ sports traditions. Today, the Crew are consistent contenders in the Eastern Conference and boast one of the best fan experiences in the MLS. Check out their website for schedule and ticket information and join the Nordecke in cheering on the Crew at their next match.

Continuing the growth of professional sports in Columbus, in 2000 the National Hockey League (NHL) announced their newest expansion team, the Columbus Blue Jackets. While some questioned the decision to start an NHL team in a city that had little to no hockey roots, they were quickly proven wrong. The Blue Jackets, named in honor of the Civil War regiments from Ohio that played a significant role in the Union’s victory, got off to a slow start, waiting 8 years before making their first appearance in the Stanley Cup Playoffs. However, since the hiring of John Tortorella as coach following the 2016 season, the Blue Jackets have made the Stanley Cup Playoffs each of the last three seasons and in 2017 went on a 14-game win streak, the second-longest in NHL history. For an unforgettable hockey experience, head on over to Nationwide Arena, just 25-minutes away from our New Albany apartments, and cheer on the Blue Jackets. Check out the Columbus Blue Jackets’ official website for schedule and ticket info.

Cheer on your team near our apartments in New Albany, OH

One thing’s clear – we love sports in Columbus. Whether you bleed scarlet and gray for the Buckeyes, consider yourself part of the Crew, or love your Blue Jackets, you have the best athletic action in Columbus at your fingertips at our apartments in New Albany, OH. Go to our website today to schedule a tour. Our friendly and knowledgeable associates can’t wait to answer your questions and help you find the perfect place to root on your favorite team.