9 Awesome Things to Do in Atlanta with Zero Cash 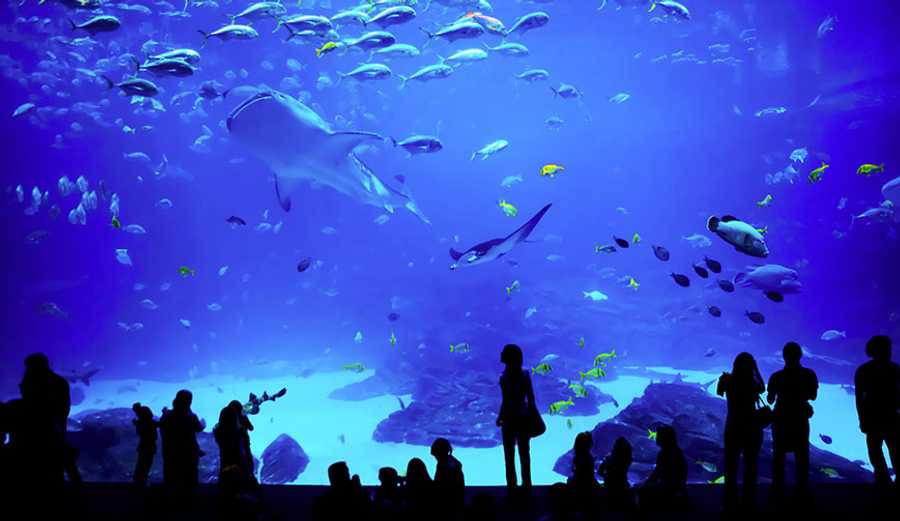 Always on the lookout for free things to do in Atlanta? Maybe you’re budget-conscious, saving up for a boat, or you just want to see how much fun you can have without spending a dime.
No matter the cause, I’ve got a list right here that will keep you knee-deep in fun without creasing your wallet.

1. Catch a Little Sun at the Atlanta BeltLine
A new addition to Atlanta’s parks and outdoor rec areas, the Atlanta BeltLine isn’t your standard “hike ‘n bike” trail. The Atlanta BeltLine is built on over 20 miles of decommissioned railroad tracks that run through the central chunk of Atlanta’s neighborhoods.
Bring your bike, rollerblades, your dog, your hiking boots, and a friend or two (or at least some earbuds) and explore these railways while soaking in the sun and working those muscles.
The trail won’t cost you anything, but there are restaurants and spots to drink and shop along certain points in the BeltLine, so if you’re absolutely committed to frugality you’re going to have to just bite your lip and stick to the trail.

2. Tour the Old Historic Oakland Cemetery
The Oakland Cemetery is one the oldest graveyards in the city of Atlanta. It was built in 1850 and houses some of the earliest Atlanta citizens – true pioneers and founders who helped build the city.
Though some may find the idea creepy, there’s actually a long tradition of cemeteries originally being used like parks, where families would bring their kids and spend a nice afternoon picnicking and celebrating fallen family members.
Oakland Cemetery also has historical tours, like the “Women of Oakland” tour that celebrates Atlanta’s often underserved historical ladies, while the “Black Magnolias” tour shines a light on the African-American women who were just as responsible for building the city of Atlanta as its most famous founders.

3. Surround Yourself with Money, For Free!
Head on down to the Federal Reserve Bank Money Museum for a free lesson in the history of cash.
Not only can you take a tour that covers the history of the Federal reserve and its role in the economy, but you’ll also get to interact with educational exhibits. See the robots that move currency around and learn how automatic money processing works.
On top of that, you’ll get the chance to see rare artifacts from the history of banking, like now-defunct coins you won’t see in circulation and other neat bits of forgotten lore.

4. Celebrate Martin Luther King Jr.’s Historic Site
The MLK Historic Site is a massive park full of monuments, educational sites, and facilities, all ripe for exploration and learning.
Martin Luther King Jr. is one of America’s most enduring heroes, and his entire past and legacy are explored in these 30+ acres. You can visit his birth home, which is located on site, or listen to his most famous speeches at the Ebenezer Baptist Church.
The King Center is filled with films and clippings about his life, and also holds the eternal flame meant to symbolize both King himself and his teachings.
The MLK Historic Site is family friendly and meant to be a place you can enjoy at your own pace.
Don’t miss the famous “Word Peace” rose garden, if you can help it – it’s a gorgeous shot of color and beauty, with a historic fountain in the center.

6. Hit the Art Stroll in Castleberry Hill
Castleberry Hill, located just southwest of the business district in Atlanta, is a historic neighborhood – it’s officially recognized as a historic city landmark.
Every other week brings the Art Stroll, where residents and tourists alike tour the many galleries and art pieces in the neighborhood, as well as admire the architecture of the historic buildings. If you’re less into the local art scene but love the TV show “The Walking Dead,” you may recognize some of the sights and sounds of this neighborhood from several early episodes of the show, as Castleberry Hill stood in for Macon while filming.

7. Run, Splash, or Listen to Tunes at Centennial Olympic Park
Centennial Olympic Park was built in 1996 to launch / commemorate the Olympic Games that the city hosted that year. This park is big – it’s over 20 acres, right smack dab in the middle of downtown.
If you’re just an Olympic or history fan, the park offers some neat historical landmarks to check out. The Fountain of Rings is a flat, water-jet fountain that kids and adults can run around in, dodging multi-colored jets of water. But it’s not just a neat water feature to beat the heat – it’s circled with flags to pay homage to all the countries in the Olympics. There’s also a monument to Pierre de Coubertin, one of the founders of the International Olympic Committee.
If music is more your thing, Centennial Olympic Park hosts a Wednesday WindDown every week, a free concert by both local acts and acts on tour. Pop over to the Southern Company Amphi in the park at around 5:30 p.m. every Wednesday to catch some smooth jazz and R&B and soften the edges of the typical Hump Day.

8. A Day of Fitness and Family Fun at Piedmont Park
Looking to hike ‘n bike through nature, to get your heart pumping, to run the trails with nothing but an unquenchable thirst for exploration? Well, maybe not nothing – bring some water to quench your actual thirst. Piedmont Park is the largest park in Atlanta and has everything you could possibly want out of a public greenbelt.

If you’re looking to enjoy a little sunshine and get your body moving, there’s no better free spot than Piedmont Park.

9. Tour the Governor’s Mansion
Half guided tour, half self-guided, you’ll be taken through Atlanta’s Governor’s Mansion and dunked head-first into the history of the building. A three-story Greek Revival-style mansion, it’s not as old as it seems – it was actually built in 1967 and replaced the old Governor’s Mansion that was in a separate location.
The tour will take you through each room of the sprawling estate. The tour guides will spin fascinating stories about the historic moments and decisions that happened right there between the walls of each room.

No Money? No Problem.
On the hunt for frugal fun, you’ll always find something worth your time in Atlanta. Combine that with good ‘ole fashioned Southern hospitality, and you’ll want for nothing when you visit the A.
Whether you’re out to educate your mind, strengthen your body, or refresh your soul, there’s plenty of killer spots in Atlanta that won’t require you to swipe a card or break out the purse.