The Crown Jewel of Naperville near Chicago 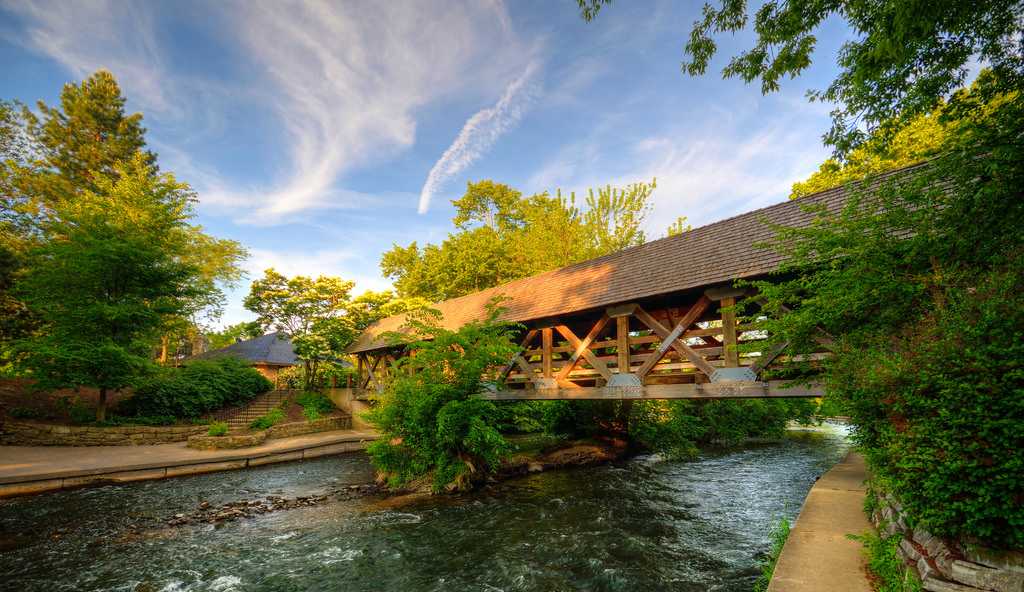 Perhaps one of the biggest advantages to renting an apartment in Chicago is the Riverwalk. It’s true that Naperville has incredible attractions and parks to enjoy all year long, but none quite match the serenity and pleasantness of the Riverwalk. Established in 1981 to celebrate Naperville’s 150th anniversary, the Naperville Riverwalk consists of nearly two miles of walkway, covered bridges, exquisite landscaping, relaxing fountains, and much more. The effort came about as a result of community donations of time, money, and materials to turn the once-forgotten riverfront into a vibrant hot spot for visitors near and far. No matter how you choose to spend your day and evening, the Riverwalk should be on your list of spots for any adventure out of your Chicago apartment.

It’s located along the DuPage River, close to several historic and central Naperville sites such as the Downtown Naperville where you can find restaurants and shopping galore. The original section of the Riverwalk runs from Main Street west to Eagle Street and incorporates the Riverwalk Amphitheater, Labyrinth, Millennium Wall, Free Speech Pavilion, Dandelion Fountain, Exchange Club Veterans Plaza, and Exelon Garden. Two major expansions later, the 1.75-mile linear park is a haven for active residents, families, and visitors looking to walk off the delicious food offered in downtown Naperville’s restaurant scene.

On the Riverwalk, it’s likely almost everyone in Naperville would argue a specific spot to be perfect for a romantic stop during an evening walk, or maybe even a short history lesson. The Millennium Carillon in Moser Tower – a bell tower standing 158 feet tall with 253 steps and 72 bells – was constructed as a tribute to the third millennium. Situated next to the tower is the Visitor Center, where guests can learn about the Carillon as well as Naperville history thanks to different interactive exhibits. Here, visitors can also purchase tickets to tour the tower. It’s a hot spot for pictures with loved ones and friends, and a wonderful spot to stop while traveling on the Riverwalk.

Walk, Jog, or Swim with an Amazing View

Any given day, you’ll find the Riverwalk attracts lunchtime strollers, families and early morning joggers. There’s a good reason for that, given the accessibility of the pathways and runner-friendly 1.75-mile length. A favorite for active parents with even more active children, a nice walk can be capped off with a visit to Jaycees Playground. This well-loved, ADA-accessible play spot offers fun for children of all ages and abilities. Playground amenities include Braille and sign language panels, climbers, a wiggle ladder, a centipede climber, slides, swings and more. If you want to stay active but look for more thrills, skating enthusiasts can test their inline skating or skateboarding skills at Centennial Skate Park, located adjacent to the Riverwalk and Centennial Beach, a favorite for those looking to go for a warm summer swim. For more water fun, enjoy a Riverwalk paddle boat ride and explore part of the historic Naperville quarry. Four-person paddle boats are available for rental on all non-school days from mid-May to mid-September.

The Riverwalk Amphitheater, Millennium Wall and Labyrinth serve quite a few functions and purposes, all of which are meant to represent some of the world’s most innovative areas. This open-tiered area can accommodate up to 100 people and is often used for community events and performances such as library-hosted family story hours. It also is a popular rentable space for outdoor weddings. The Millennium Wall features all the original inscriptions on bronze plaques, commemorating donors supporting Naperville activities at the turn of the century. The Riverwalk Millennium Labyrinth is a replica of the Chartres Labyrinth in France and was designed to provide visitors with an opportunity to enjoy the twists and turns of this compact pathway. On a beautiful night, it’s a great spot to stop to enjoy sweet treats from downtown Naperville, or simply soak in the wonderful, family-friendly atmosphere.

Hit the Beach and Enjoy Something Sweet

It’s worth making the trip to Centennial Beach, which is considered Naperville’s historic beach that the public has enjoyed since 1931. Take advantage of the picnic areas, zero-depth water entry and depths up to 15 feet, a sand beach, and water play features. Other highlights include updated locker rooms, family changing rooms, deck-level restrooms and lockers, and an ADA platform lift. When you get hungry, head to Centennial Grill to fill up on a wide selection of food and beverages. You can grab something tasty and take the family out to the lawn for some more fun in the sun.

Must-See Stops Along the Riverwalk

Just when you think you’ve seen everything there is to see on the Riverwalk, you’ll have to take the time to find these other features of the state-of-the-art recreation space. Named for its shape, the Dandelion Fountain is surrounded by a picturesque scene of flowers and the nearby covered bridge, making it a perfect place to enjoy lunch or some quiet time. Located at Washington Street and the DuPage River, Fredenhagen Park is the gateway to the east extension of the Riverwalk. The land for the park was generously donated in memory of Walter and Grace Fredenhagen by their children. Located in Fredenhagen Park, the Exchange Club Memories Fountain is surrounded by commemorative bricks and stones with messages including personal milestones, celebration of loved ones and even invitations of marriage. Lastly, Horse Trough Fountain holds a lot of history within its space. This large black basin, which is now a fountain at White Plaza off of Main Street, was once a horse trough at a downtown intersection during Naperville’s early years.

What are you Waiting For?

Whether you’re moving to one of our beautiful apartments in Chicago, just visiting, or a longtime resident, the Riverwalk is a trip you have to make, and be sure not to only let it be a one-time thing! With so much to see and do, the Naperville Riverwalk has certainly earned its name as the “Crown Jewel of Naperville”.