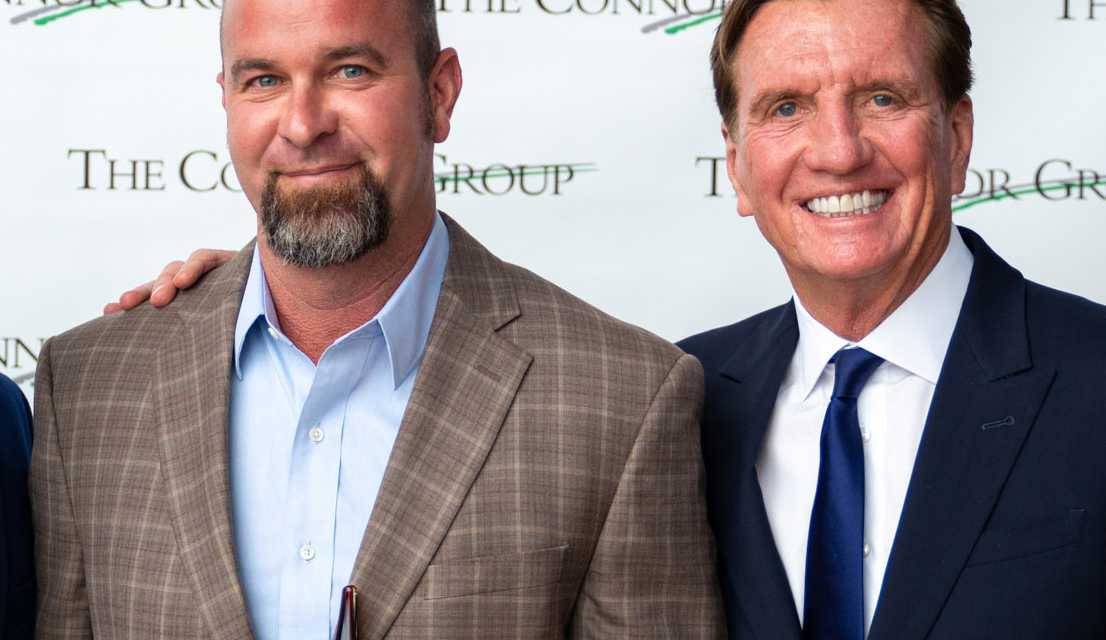 In 2008, partner Rodney Johnson arrived at his first Awards Breakfast. At the time, he was a washer/dryer conversion tech working at The Villager in Dayton. During the awards, Rodney saw an associate earn partner.

At that moment his mindset shifted and his journey at The Connor Group truly began. Fourteen years later Rodney has gone from fixing washers and dryers to managing large-scale construction projects as the new director of our Capital Expenditures (CapEx) department.

One day, you might see him inspecting the Central Support Office annex construction. The next day he’s catching a flight out to Tampa to walk a potential new acquisition.

“No day is the same,” said Rodney, reflecting on his latest project list. In addition to managing the CSO annex and hangar construction, Rodney currently oversees the construction of The Greater Dayton School’s new campus, set to be completed next fall.

While these multimillion-dollar projects are significant, they only represent a portion of his daily responsibilities. Rodney tours every new property acquisition and upcoming disposition, a total of $900 million in assets over the next 60 days alone. He also manages property upgrade projects, all while making time to train new associates on managing CapEx projects.

It’s a daily grind that requires dedication and the ability to stick to our processes. To execute his aggressive schedule at a high level, Rodney relies on the basic knowledge he acquired from his early days with the company.

Rodney started at The Connor Group as a washer/dryer conversion tech at The Villager in Dayton. His first promotion came as a lead tech at McCauly Crossing in Cincinnati, and his continued advancement over his Connor Group career is proof that there are no glass ceilings. Rodney’s foundation in his maintenance roles still helps him excel today.

“I still utilize my own version of our work order priority system,” said Rodney. “My day starts at 7 a.m. and doesn’t end until all the high-priority tasks are complete.”

You’ll find all these tasks tracked and recorded in Rodney’s Franklin planner, which he reviews every night to prepare for the next day’s schedule.

To keep his calendar organized and running efficiently, he credits the skills of administrative assistant Melissa Newman. But if you ask her, even she remains amazed by his ability to stay relentless.

“With all his travel, Rodney averages about one day in the office per week,” said Melissa. “But, for as much as we try to be protective of his time, he’s always willing to go the extra mile whenever asked.”

Like Melissa, Rodney believes his success is shared with the strength of his team. That’s why he devotes his time to in-person, in-market training with his project managers. It’s a process he picked up from his time in the Training Department and his stint as a CapEx Department project manager.

No matter the role, Rodney acts like an owner in everything he does. He’s a leading example of what it means to be a partner, thanks to the skills and processes he’s learned throughout his career.