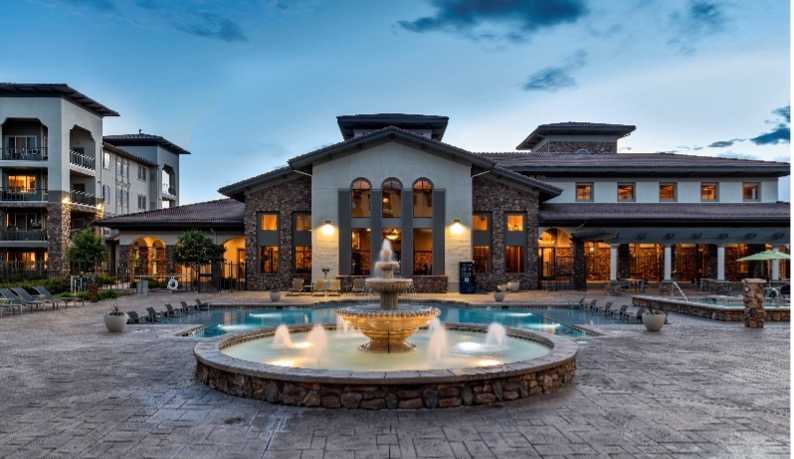 JULY 6, 2022 – The Connor Group sold Terracina in Denver, the second largest property sale in the company’s 30-year history. The disposition marks the company’s first sale in the Denver market and its fifth sale this year. Financial details of last week’s transaction are not being disclosed.

“We first identified the Denver market as a desirable location in 2016 due to the unprecedented demand,” managing partner Larry Connor said. “Terracina checked all of the boxes for us – it’s a Class A property in an A location. And thanks to our people following our proven processes and systems, we delivered investor returns more than three times what we originally projected.”

The Dayton-based real estate investment firm purchased the 386-unit property in 2018. At acquisition, Terracina was part of a $618 million transactional day record, which included four new acquisitions and six refinance closings in a single day.

With this closing, The Connor Group delivered an average 66% IRR on 2022 property sales, with $9.4 million in proceeds going towards Kids & Community Partners, The Connor Group’s non-profit arm.

“We believe organizations like ours who have been extremely successful have both the opportunity and the obligation to give back,” Connor said. “Over the next decade, we anticipate investing $500 million in non-profit endeavors to help disadvantaged kids.”

The Connor Group is on track for another record-setting year in transactional volume. The company currently closed or placed under agreement nearly $2 billion in transactions in 2022.

The Connor Group, founded in 1992, has grown from $0 to $3.5 billion in assets. Along the way it has been recognized as a top-50 workplace nationally by Glassdoor, as well as a multi-award winner nationally by Comparably (Best Company for Women, Best Culture and Best Compensation). The Connor Group owns and operates luxury apartments in Austin, Nashville, Tampa, Denver, Minneapolis, Chicago, Charlotte, Raleigh-Durham, Dallas, San Antonio, Atlanta, Indianapolis, Columbus, Cincinnati, Louisville and Dayton.