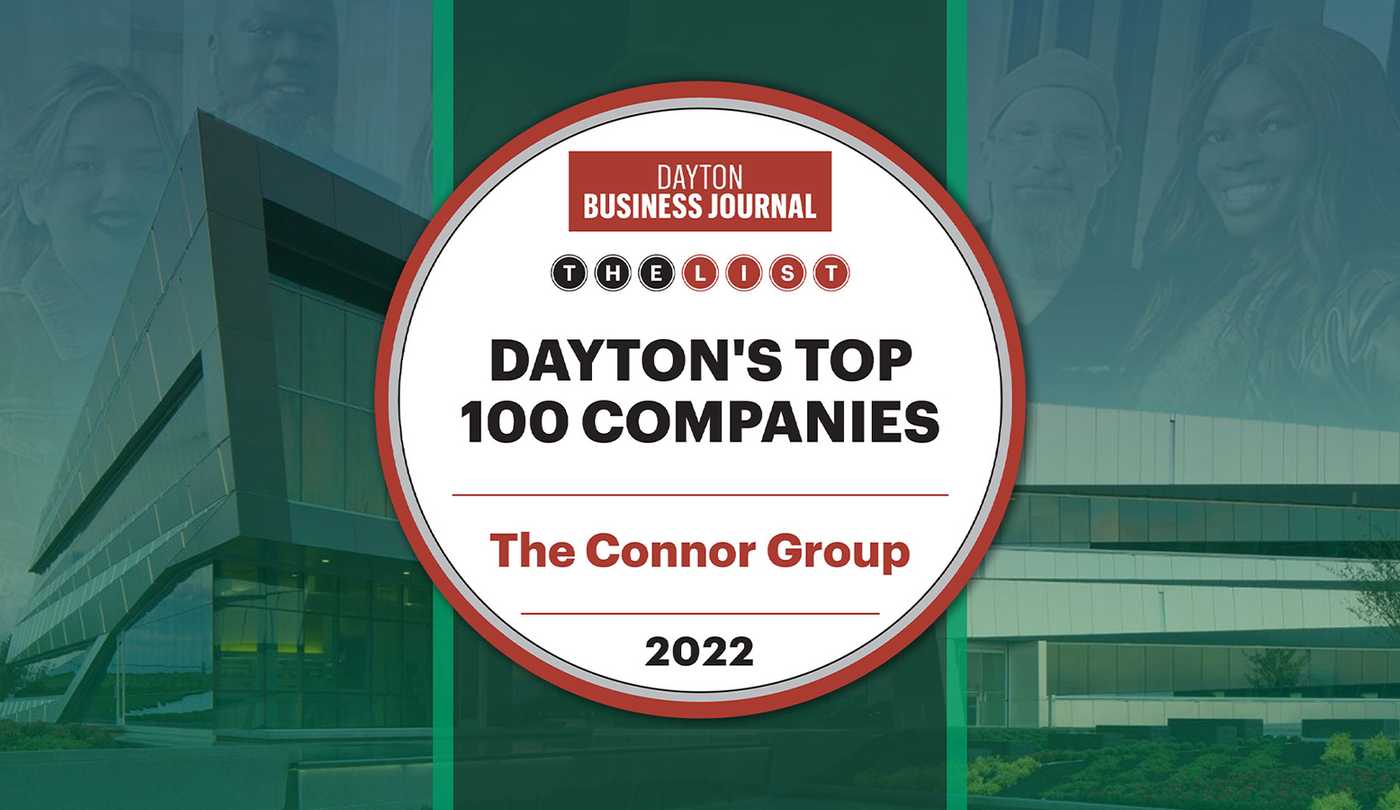 JUNE 16, 2022 – Exponential growth from 2020 to 2021 placed The Connor Group on the Top 100 Companies list compiled by the Dayton Business Journal. The Dayton-based real estate investment firm closed $2.95 billion in transactions in 2021 and is the highest-ranked real estate firm on this exclusive list at No. 13 overall. The list ranks companies by percentage change in revenue growth during the 2020 to 2021 timeframe.

“We had a record-setting year in 2021 with $2.95 billion in transactions and $443 million in earnings,” founder and managing partner Larry Connor said. “We’ve seen unprecedented demand across the country for apartments, and we see the next 12 to 24 months as the best buying opportunity in more than a decade.”

The recognition comes amid massive expansion at The Connor Group, both locally and nationwide. Currently, construction is underway in Dayton with a 22,000-square-foot office addition. The new building will add approximately 30 to 40 jobs over the next five years. Simultaneously, the company is in the midst of its next five-year strategic plan and anticipates adding Phoenix, AZ, as its 17th market.

“We’re looking to double our transactional activity from $2.5 billion a year to $5 billion per year in 2026 – that includes acquisitions, dispositions, refinances and supplementals. We also expect to expand from 16 markets to 23 to 24,” Connor said.

Over the company’s 30-year history, The Connor Group has consistently delivered exceptional returns to investors. On the company’s four property sales in 2022, the average IRR is 51.34%. “We tend to do exceptionally well in disruptive markets,” Connor said. “Because in our opinion, market volatility creates opportunities.”