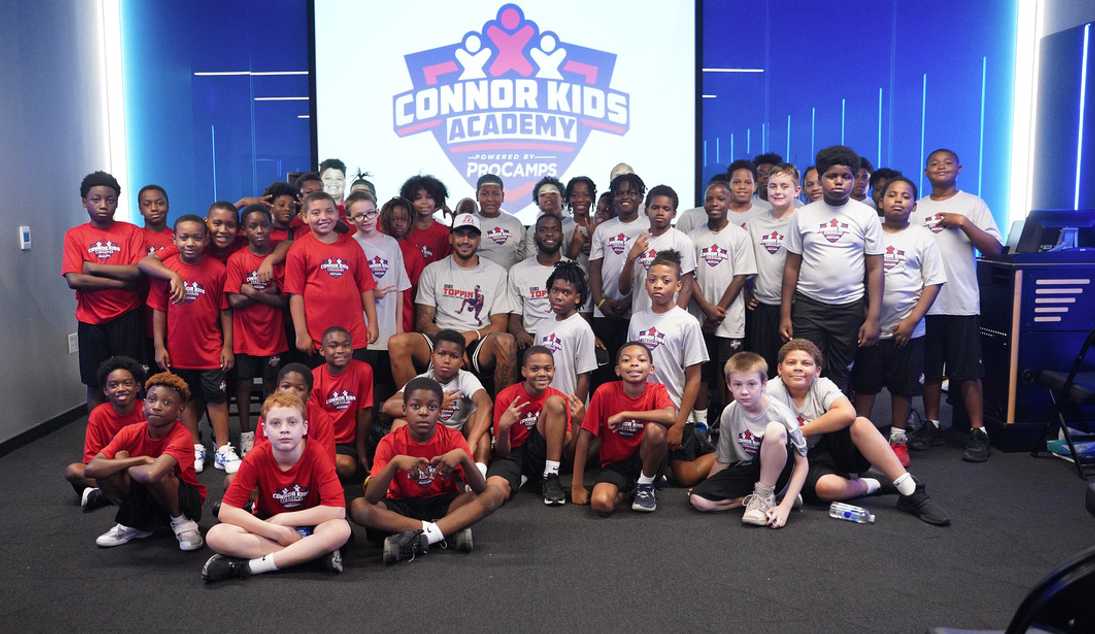 Connor Kids Academy, one of several non-profit programs conceived, funded and administered by The Connor Group Kids & Community Partners, is an innovative approach to youth sports programming. It provides under-resourced kids with a potentially life-changing three-year experience, leveraging professional and college athletes and coaches to provide impactful in-person experiences and an interactive app that promotes healthy habits and choices.

And while the program impacts kids year-round, the highlight, undoubtedly, occurs during the summer when the program hosts its annual sports camps.

Coaches and players worked with campers not just on basketball skills – reining NBA slam dunk champion Obi Toppin made an appearance at the Dayton camp – but on life skills as well. Staff and special guests led lessons and activities tied to the program’s curriculum, which focuses on healthy habits, as well as decision-making.

“Like everything we do, we raised the bar from Year 1 to Year 2,” said Kids & Community VP Chuck Denning. “We looked at the mistakes we made in the first year and they definitely made this year’s experience more impactful.”

“But we still have a long list of plusses and minuses. If we’re going to introduce this program into more Connor Group markets – and that’s the plan – we need to look for ways to make it even more scalable and more impactful.