Entrepreneur, explorer halfway to history – Will be first person to travel from ocean depths to space in 12 months 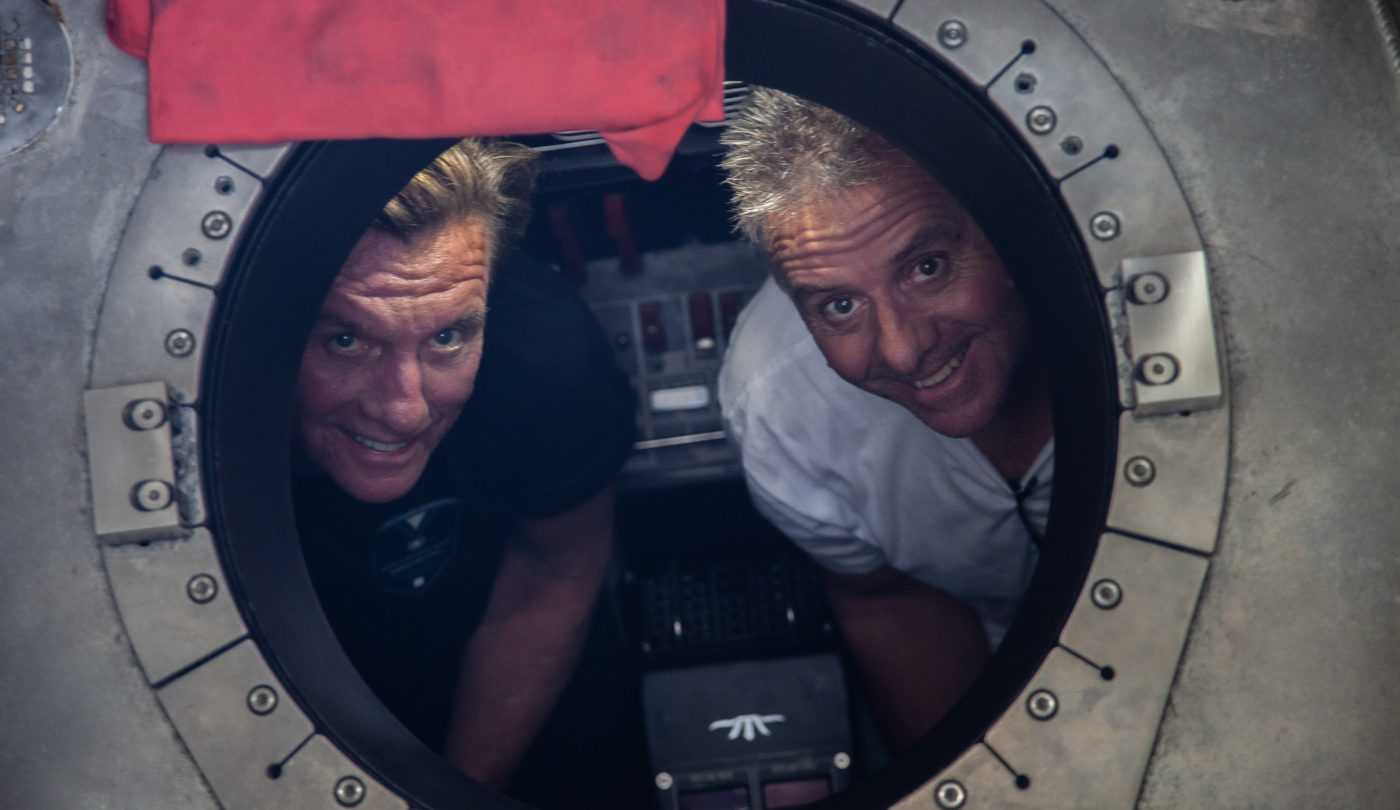 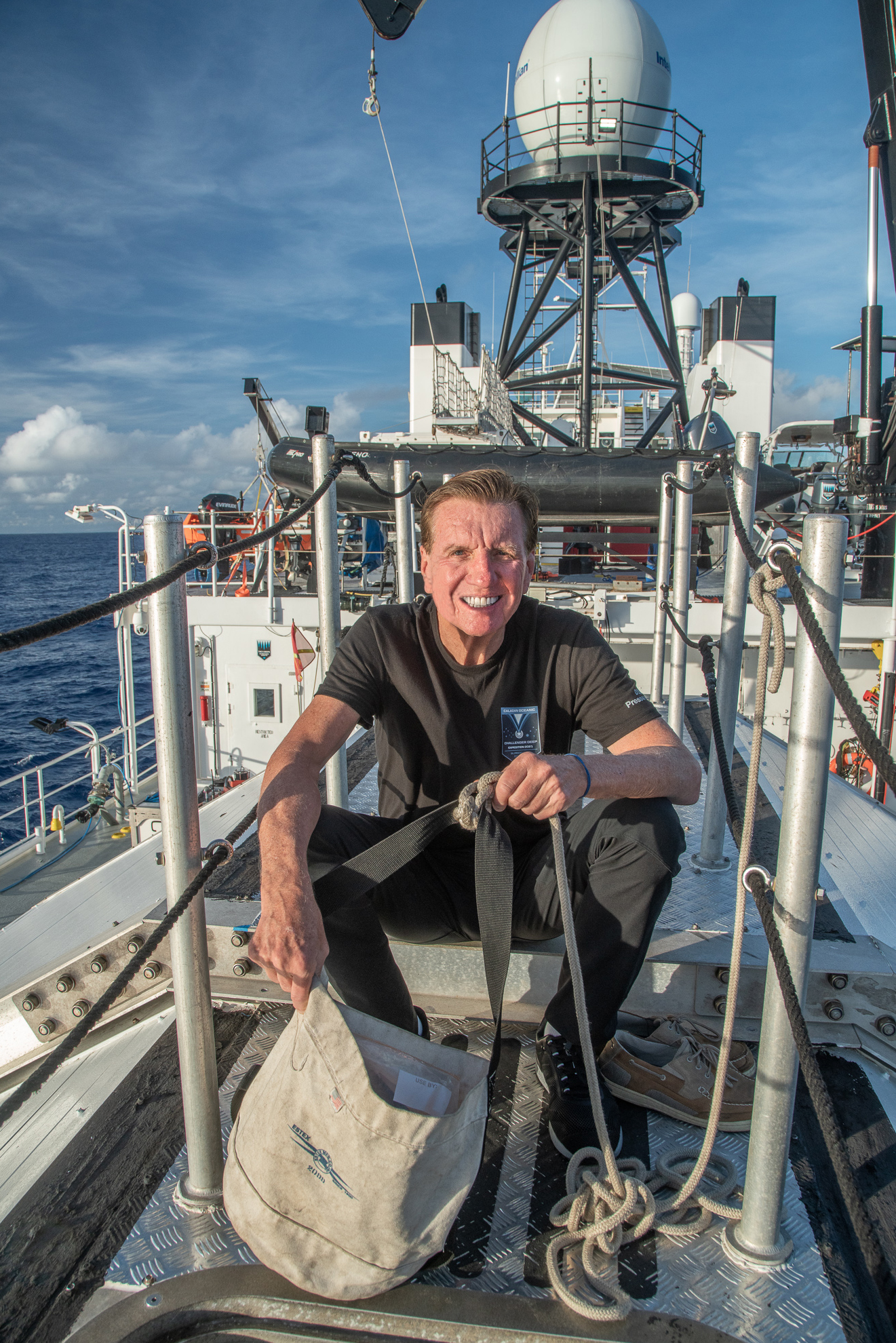 Dayton, Ohio – Real estate and technology entrepreneur Larry Connor successfully completed three dives in just five days to the deepest ocean depths in the Mariana Trench this month, less than 10 months before he’s scheduled to pilot the first private mission to the International Space Station. He is on pace to make history as the first person to accomplish both feats within 12 months.

Connor, managing partner of The Connor Group, dove with Patrick Lahey, president and co-founder of Triton Submarines, in a Triton 36000/2, named the DSV Limiting Factor. The pair gathered high-quality video footage and samples in the ‘hadal zone’ or the area of the ocean below 20,000 ft. – the final frontier of exploration on Earth.

“It was an amazing and surreal experience that went wonderfully well thanks to the incredibly talented and committed crew,” Connor said. “The technological advances, specifically by Triton’s record-breaking, first-of-its-kind submersible Limiting Factor, are nothing short of impressive.”

Connor and Lahey gathered footage of never-before-seen areas of the ocean floor. They captured footage of the Mariana snailfish (Pseudoliparis swirei), the only species of fish known to survive at a depth of 26,240 ft., or nearly the height of Mt. Everest, and countless sulfur mounds. They also recovered scientific samples of bacterial mats and deep-sea anemones.

“Capturing the Mariana snailfish on video is scientific gold,” chief scientist Dr. Alan Jamieson said. “Larry and Patrick are the first humans to spot this fish alive in its habitat. They also brought back hours of astonishing footage and samples that will help us better understand the geologic and biologic makeup of the hadal zone.”

The three explorations took Connor to the Challenger Deep, Sirena Deep and a seamount in the Mariana Trench, located in the Western Pacific Ocean near Guam. Captain Stuart Buckle commanded the expedition’s vessel (DSSV Pressure Drop) throughout the five-day mission led by expedition leader Rob McCallum of EYOS Expeditions. Connor’s dives to depths of nearly 36,000 feet into the ocean’s abyss covered more ground than researchers had previously accomplished between 1960 to 2015.

“Over that 55-year timeframe, only two dives had ever been completed to these depths,” Connor said. “To successfully complete three dives in just five days into the darkest, most inhospitable and unknown parts of Earth is an endeavor I was honored to be a part of.”

These expeditions were made possible by using the world’s only certified, state-of-the-art full ocean depth submersible.

“The Triton 3600/2 or Limiting Factor submersible is a revolutionary craft, which has fundamentally changed our relationship with the deepest and most remote parts of our ocean by providing safe, daily access to them for the first time in history,” Lahey said. “Triton is proud to have created an elevator capable of safely transporting people to the least explored parts of our world – it’s thrilling to consider what might be discovered.”

Scientists plan to study the information gathered on these three dives, which could further advance medical compounds, commercial resources and create a deeper understanding of evolution.

Now, Connor sets his sights on his next expedition to outer space and the International Space Station. He is scheduled to pilot the first private mission to the ISS with Houston-based Axiom Space for Axiom Mission 1 (Ax-1) in 2022.  Connor is partnering with experts at the Mayo and Cleveland Clinics to again focus on scientific research during the eight-day mission.

Triton Submarines of Sebastian, Florida, is the most experienced civil submarine producer in the world today – and the only contemporary manufacturer of acrylic and titanium pressure-hull-equipped personal submarines to deliver multiple classed and certified vessels capable of diving to 3,300 feet (1,000 meters) or more. Triton Submarines’ senior staff have over 400 years of combined experience with more than 100 different submersibles, and their operations team members have together logged over 35,000 dives. Triton clients also enjoy superlative after-sales service and technical support from a company dedicated to their total satisfaction.  For more information, visit http://www.tritonsubs.com.

EYOS Expeditions has been designing complex and challenging expeditions for private vessels since 2008. Drawing on the decades of experience of the company’s co-founders, the EYOS team has delivered over 1,200 safe and successful expeditions to some of the most remote destinations on Earth. EYOS Expeditions holds several “world firsts” and routinely take clients to destinations rarely or never before visited. EYOS Expeditions has worked behind the scenes on many of the industry’s groundbreaking itineraries and has a long history of delivering once-in-a-lifetime experiences for clients while maintaining the highest standards of safety, professionalism and environmental stewardship. EYOS Expeditions is today regarded as the industry leader for planning and operating remote expeditions using submersibles. For more information, visit https://www.eyos-expeditions.com/.