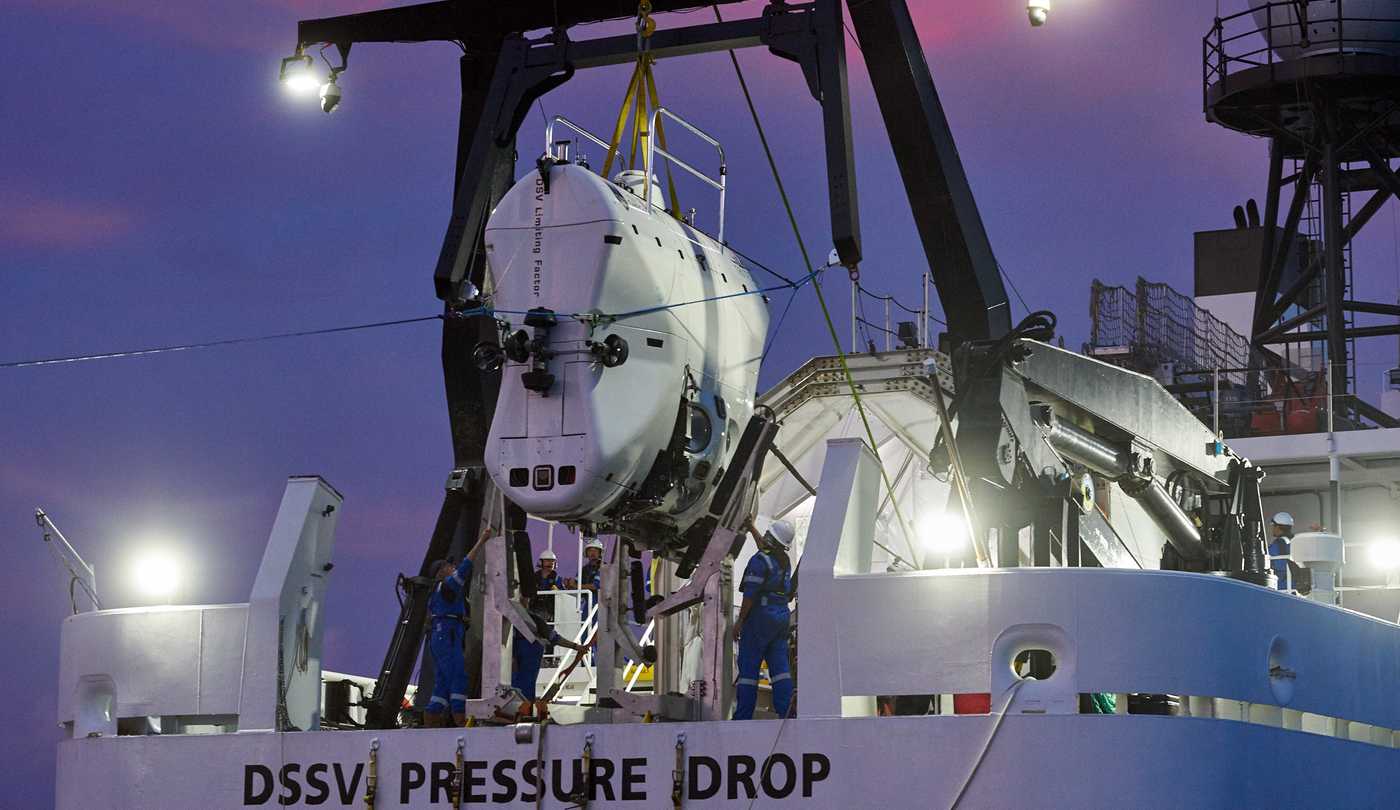 Dayton, Ohio – Real estate and technology entrepreneur Larry Connor will embark on an exploration of the deepest known points of the ocean just nine months before he pilots a private mission to the International Space Station. The two expeditions will make Connor just the third person in history to travel to both inner and outer space. 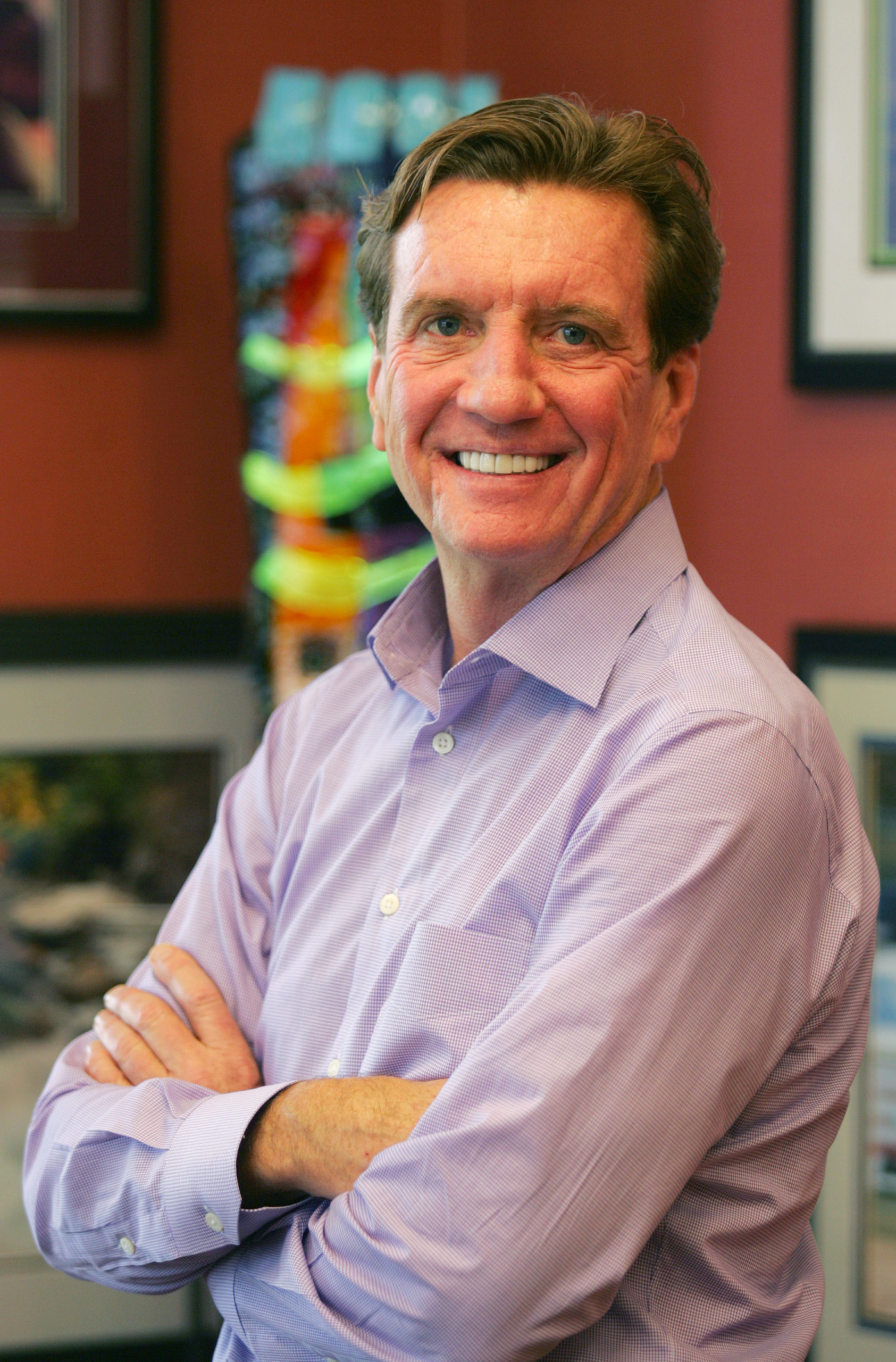 Connor, managing partner of The Connor Group, will partner this month with EYOS Expeditions and Caladan Oceanic to explore both the Challenger Deep and the Sirena Deep in the Mariana Trench, located in the Pacific Ocean near Guam. The ‘hadal zone,’ or the area of the ocean below 20,000 ft., is considered the last frontier of exploration on Earth. The focus is groundbreaking scientific research that will take Connor to depths of 35,856 ft. and 35,150 feet, respectively, using the Hadal Exploration System (HES), the world’s only deep exploration facility.

Only one other mission has ever traveled to the bottom of the Sirena Deep in the Mariana Trench; Connor’s dive will be the second.

“I’m honored to be among that group,” Connor said. “More importantly, I’m thrilled to be part of this expedition and have the opportunity to conduct valuable scientific research.”

The mission will be piloted by Patrick Lahey, President and Co-Founder of Triton Submarines. Lahey completed more than 10,000 dives and is considered the world’s most experienced submersible pilot. Expedition leader Rob McCallum is the primary mission planner. His team has completed more than 1,200 successful missions. Also on board for the exploration will be the master of the expeditions vessel (DSSC Pressure Drop) Captain Stuart Buckle and Professor Alan Jamieson, the expedition’s chief scientist.

“Connor’s mission will be a first in some respects. He will be the first to travel to the depths of both the Challenger and Sirena Deeps and then travel to the International Space Station,” McCallum said. “The exploration of our ocean has never been more important, and privately-funded science is going to be the key to unlocking the mysteries of the deep. This is the way of future exploration and science.”

During both dives, the goal is to gather scientific samples, survey uncharted areas of the trenches, and collect high-quality footage of the ocean’s deepest places where limited research has been conducted. Scientists believe research gathered at these depths could further advance medical compounds, commercial resources and create a deeper understanding of evolution.

Connor and the team will complete the dives in the state-of-the-art full ocean depth submersible DSV Limiting Factor. Limiting Factor completed the Five Deeps Expedition in 2019 by successfully diving to the deepest point of each of the world’s five oceans. It takes approximately four hours to travel to the trenches’ depths, and the crew will spend approximately four hours conducting scientific research before a four-hour ride back to the surface.

Connor is scheduled to pilot a private mission to the ISS with Houston-based Axiom Space for Axiom Mission 1 (Ax-1) in 2022. Former astronaut Dr. Kathy Sullivan and private astronaut Richard Garriott are the only others who have traveled to both space and the bottom of Earth’s deepest ocean.

EYOS Expeditions has been designing complex and challenging expeditions for private vessels since 2008. Drawing on the decades of experience of the company’s co-founders, the EYOS team has delivered over 1,200 safe and successful expeditions to some of the most remote destinations on Earth. EYOS Expeditions holds several “world firsts” and routinely take clients to destinations rarely or never before visited. EYOS Expeditions has worked behind the scenes on many of the industry’s groundbreaking itineraries and has a long history of delivering once-in-a-lifetime experiences for clients while maintaining the highest standards of safety, professionalism and environmental stewardship. EYOS Expeditions is today regarded as the industry leader for planning and operating remote expeditions using submersibles. For more information, visit https://www.eyos-expeditions.com/.

Triton Submarines of Sebastian, Florida, is the most experienced civil submarine producer in the world today – and the only contemporary manufacturer of acrylic-pressure-hull-equipped personal submarines to deliver multiple classed and certified vessels capable of diving to 3,300 feet (1,000 meters). Triton Submarines senior staff have over 350 years of combined experience with more than 80 different submersibles, and their operations team have together logged over 25,000 dives. Triton clients also enjoy superlative after-sales service and technical support from a company dedicated to their total satisfaction. For more information, please visit https://tritonsubs.com/.