‘Never think anything is impossible’ 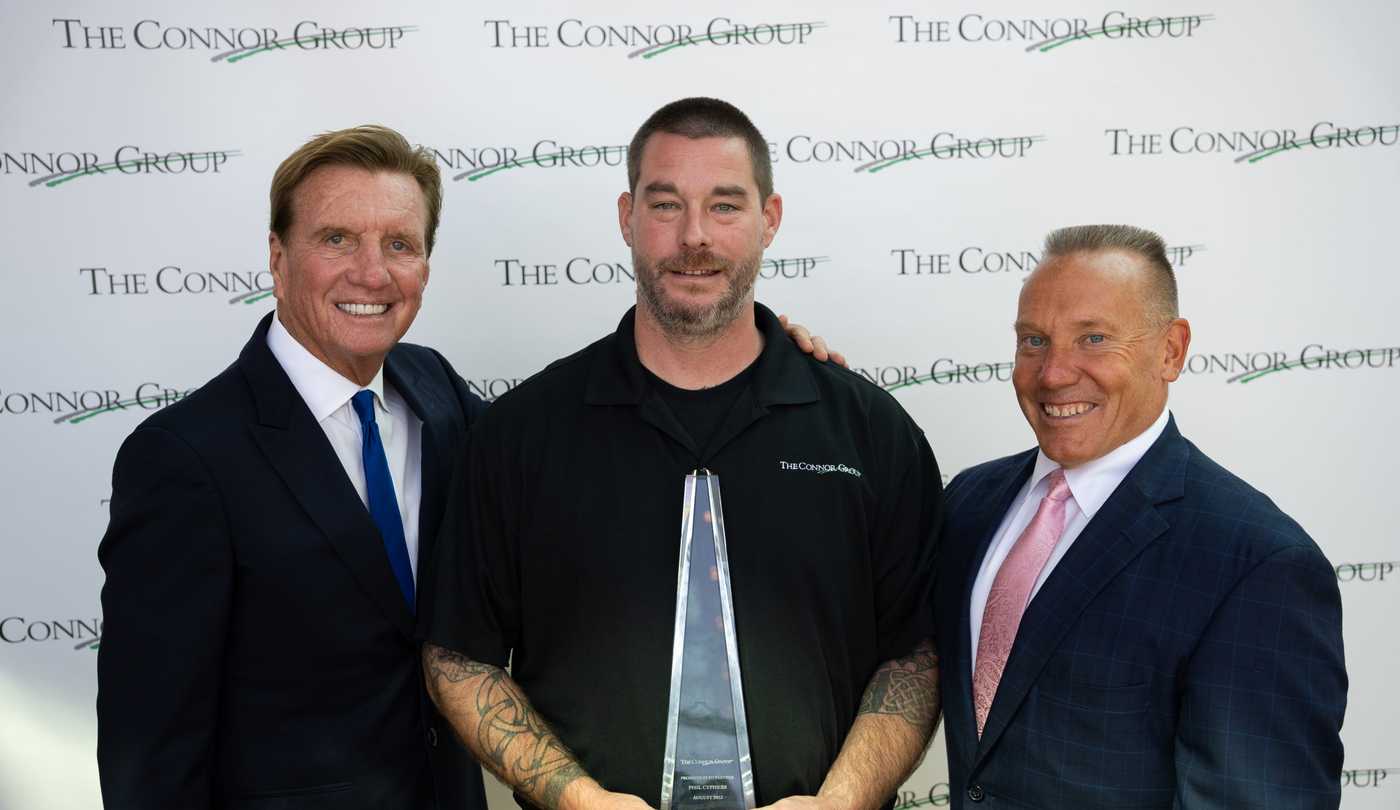 Lead maintenance technician Phil Cyphers celebrated not one but two incredible milestones with The Connor Group this year. February marked his 10-year anniversary with the company. Six months later, Phil was shocked to hear his name announced at our Awards Breakfast as one of our newest partners.

“I tried to hold back the tears, even though I’m not normally a very emotional guy,” Phil said.

Phil started his career in the Columbus market and recently raised his hand to become a market founder in Indianapolis. His “all in” mentality earned him a spot on the radar and, ultimately, his promotion to partner in August. No matter how challenging the situation, Phil remains solutions-oriented and delivers great customer service to our residents.

“The word I would use to describe Phil is ownership,” partner and director of service training Paul Leber said. “No matter what property Phil is at, he goes above and beyond to make sure that property is taken care of.”

QUESTION: What was your first reaction when you heard your name announced at the Awards Breakfast?
ANSWER: I was surprised and excited. I wasn’t expecting it. Making partner was a big step for me. My dad was there, and I remember walking down the red carpet and shaking his hand. He said he was proud of me and congratulated me. I also had my girlfriend there, my aunt and my cousin.

Q: What does making partner mean to you?
A: I would have to say it’s the next step in moving forward with my Connor Group career. Every day brings something different and new, even after ten years. As a new partner, I do feel more responsibility on my shoulders.

Q: What did you do before joining the company?
A: I was building fences of all kinds – chain link, aluminum, vinyl. I was also doing general construction, completing drywall work in all kinds of places – at nursing homes, Kroger break rooms, etc.

Q: Who have you developed in Indy as a market founder?
A: I would say my turn tech, Adam Hutchinson. He’s gained so much knowledge from where he started, and I’m excited to see how much he grows into a lead tech at The Coli. Adam moved here in April of last year and has proven to live our core values and the Circle of Success. I also worked with lead tech Josh Lloyd. I’m proud of where he’s gotten today. I worked on teaching him the systems and the ropes on turns, and I know he continued to excel as he moved to the Cincinnati market.

Q: Tell us about a time you delivered excellent customer service?
A: Back in 2013, during the polar vortex. I was at Arbors of Watermark. Pipes were breaking and hot water tanks were busting. We were doing water extractions as fast as possible, trying to save residents’ belongings. With ceilings caving in all over the property, partner Rob Murray, myself and others took charge of the situation.

Q: What’s the most challenging work order you’ve ever had, and how did you fix it?
A: I don’t have one specific work order. I would say diagnosing and fixing an A/Cs, and then realizing the root of the problem is a neighbor moved out, the power was shut off, and the A/C connections were wired wrong. The fix was easy; we simply had to wire the A/C units to the correct box. I’ve run into this problem at least a half dozen times at The Domain and Lennox Flats.

Q: What advice do you have for other associates wanting to earn partner?
A: I’d say work every day to your fullest potential and follow the systems. Also, Larry built this company from the ground up, which goes to show being relentless day to day gets you somewhere. Never think anything is impossible.

Q: What are you most proud of over your Connor Group career?
A: Just knowing I worked hard enough and I’ve earned the recognition and promotion to partnership is the biggest stepping stone in my career.