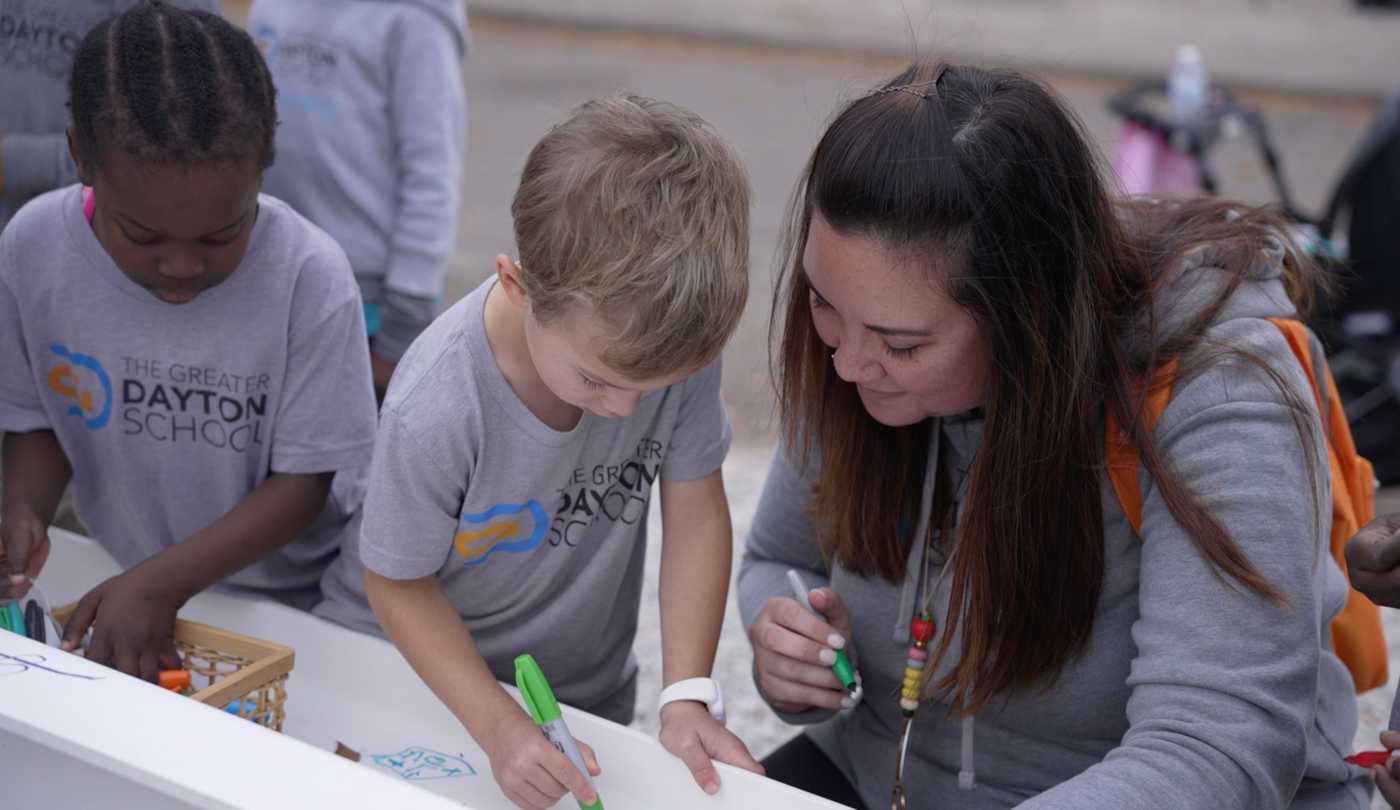 On a crisp fall afternoon, 85 students loaded up on busses, excited to play an important role in The Greater Dayton School’s history.

Our founding students, teachers, staff and families arrived at Deeds Point in downtown Dayton last week. They visited the school construction site, making their mark on the building, and signing their names on the final steel beam.

“We are symbolically participating in one of our core values at the school which is ‘ownership by everyone,’” founding principal A.J. Stich said. “Driving up, you could see the kids looking at the structure, smiles, eyes wide.”

The Connor Group Kids & Community Partners opened The Greater Dayton School in August, creating a revolutionary school designed to pull kids out of generational poverty. And while we’re excited about their new state-of-the-art facility, it’s the people who have already made this school special.

“It’s genuinely unlike any school I’ve ever seen, and I’ve traveled the country,” A.J. said. “It’s unlike an education they’ll get anywhere else.”

The current students, grades PreK through 3rd, grabbed colored markers and signed their names. Some added artwork, while others wrote heartfelt personal messages. After seven weeks at their new school, which offers individualized curriculums and a vast array of wraparound services, the students understand they have the support they need to be successful.

“The Greater Dayton School is one heck of a great school,” third grader Dominic Dunford said.

Our associates at the properties play a key role in Kids & Community Partners. As we successfully buy, re-engineer and sell properties, a portion of the proceeds fuels our non-profit work. As a result, we expect to complete more than $500 million in non-profit work over the next decade. At the school, we’re investing $30,000 per student per year – roughly three times the national average.

“What they’re doing, whether it’s turning apartments, keeping our physical facilities looking great, re-engineering our properties and positioning them for sale makes a difference in kids’ lives that would otherwise not have access to this education,” A.J. said.

The final beam will be lifted into place later this month. GDS is scheduled to open in the fall of next year. We’ll continue to add a grade each school year, eventually growing to serve up to 600 PreK – 8th-grade students.