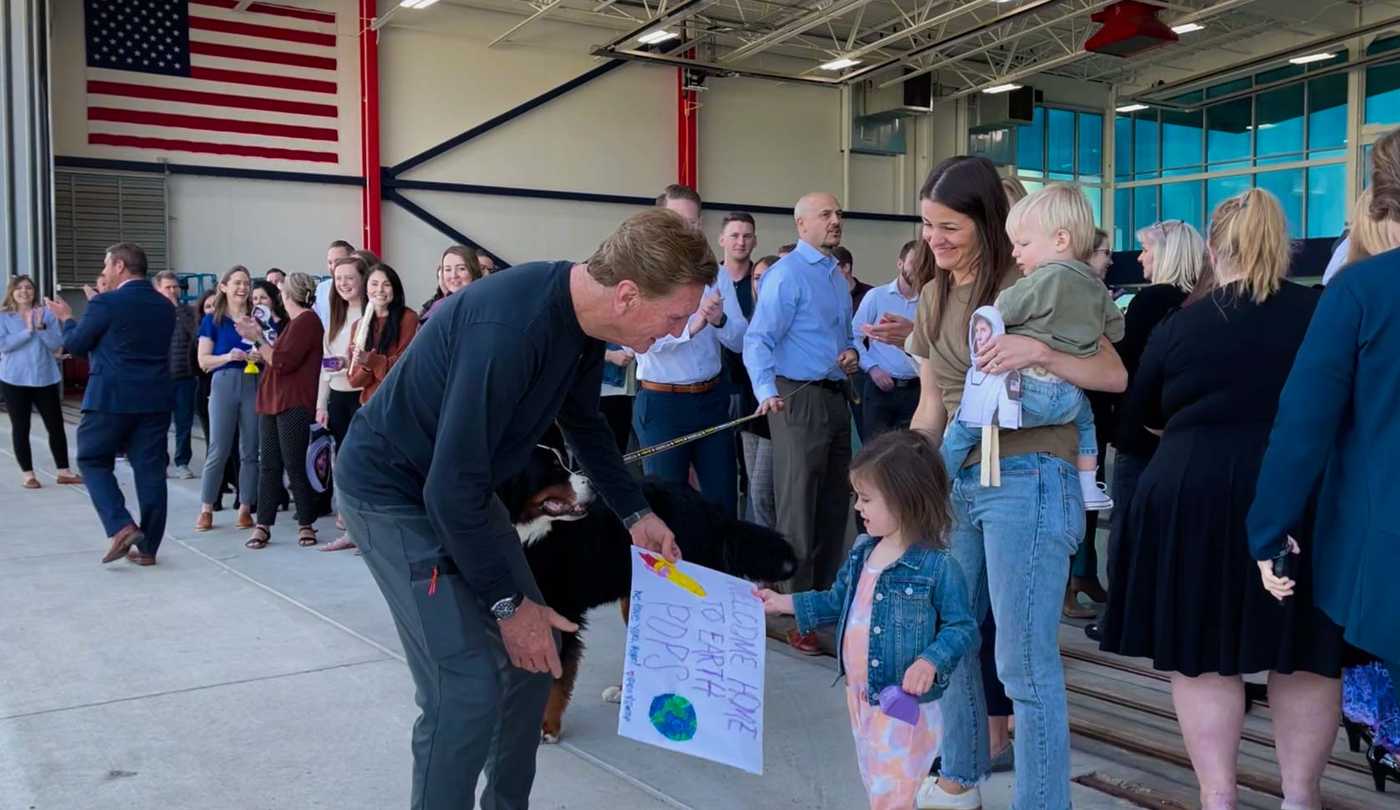 DAYTON, OH – Ax-1 pilot Larry Connor returned home to Ohio Wednesday after successfully completing the first fully-private astronaut mission to the International Space Station. The founder and managing partner of The Connor Group was welcomed home by about 100 associates, friends and family outside of the Dayton-based real estate investment firm.

Connor successfully splashed down off the coast of Florida Monday, April 25, at 1:06 p.m. During his 17-day mission in space, Connor worked alongside former NASA astronaut Michael López-Alegría (commander of Ax-1) and mission specialists Eytan Stibbe of Israel, and Canadian Mark Pathy.

The surprise welcome home comes after nearly three weeks of quarantine and more than two weeks on the ISS. While there, he conducted live broadcasts with school children. He also partnered with renowned medical experts at the Mayo and Cleveland Clinics on four different experiments to study the heart, brain, spine and aging. Connor said the work he did in space was truly a collaborative effort and one he couldn’t have conducted without support on the ground.

“At the end of the day, it’s not really about us when we’re up there. It’s about everyone else who made that happen. Was it not for you all, there’s no way I could have done this,” Connor said. “Whether it’s SpaceX, Axiom… you don’t go up there by yourself. You go up with a whole family. So, thank you very much.”

Connor is the first person in history to reach space and the deepest parts of the ocean within one year. He logged more than 1,000 hours of training before launching into outer space.

“I feel like our training prepared us for the logistics of space travel and the research for which we were responsible. And I feel like some of my previous endeavors prepared me for some of the unknowns that come with space travel. But I don’t think there’s anything that can truly prepare humans for the sights and feelings that come with circling the globe every 90 minutes,” Connor said. “This was a humbling experience. I hope we’ve played a role – however small – in allowing future generations to have similar experiences,” said Connor.