‘The backbone of the market’ 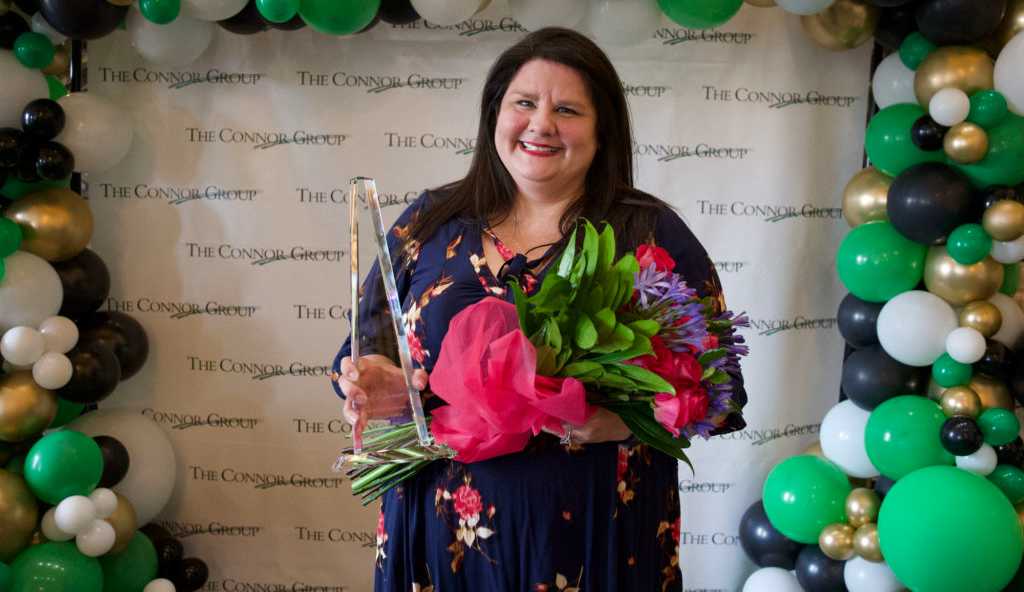 Chesley Lewis could be the answer to any number of Connor Group trivia questions.

Who moved to a new market to sell a property 45 days into her tenure? Chesley.

Who was awarded a trip for two to Bora Bora for re-engineering Highland Park? Chesley.

And who is the newest Connor Group partner?

If you guessed Chesley … as of today … you’re correct.

The veteran Dallas manager learned of her promotion Thursday at that market’s awards breakfast. She brings the total number of Connor Group partners to 58.

“She’s the backbone of the Dallas market,” said regional head Dan Pisegna. “There isn’t one person in Dallas who doesn’t rely on her as a knowledgeable and believable resource and as someone they can count on to motivate and inspire them.”

“She was always very talkative; she asked all the questions; she overthought everything,” Ashley said. “I was concerned with her buy-in because she asked so many questions about why we did things the way we did. But she wanted to just really get it. Once she understood, the sales technique, she started selling and never stopped. We got her through 45 days of manager training and sent her to North Carolina to sell Amberwood. And she did. We trained her over the phone and I’ve been her mentor ever since.”

After her brief stint in North Carolina, Chesley returned to Dallas.

Even among tenured managers, Chesley has a prodigious track record. She’s taken part in 11 transactions, including sales and refinances totaling $379 million.

Despite all the transactions, Chesley has built her reputation on more than just numbers.

“She leads by example,” Ashley said. “There’s nothing at the property she won’t do before you or next to you. She could train turn techs. She’s rented, renewed, knocked on doors. She can do anything on a property so she can say, If I can do it, you can do it too. That’s one of her best qualities. She leads from the front and she’s relentless.”

The partner program is open to associates of all job descriptions. Partners have an ownership stake in Connor Group properties and the company itself.