Veni, Vidi, Velcro. I came, I saw, I stuck around. 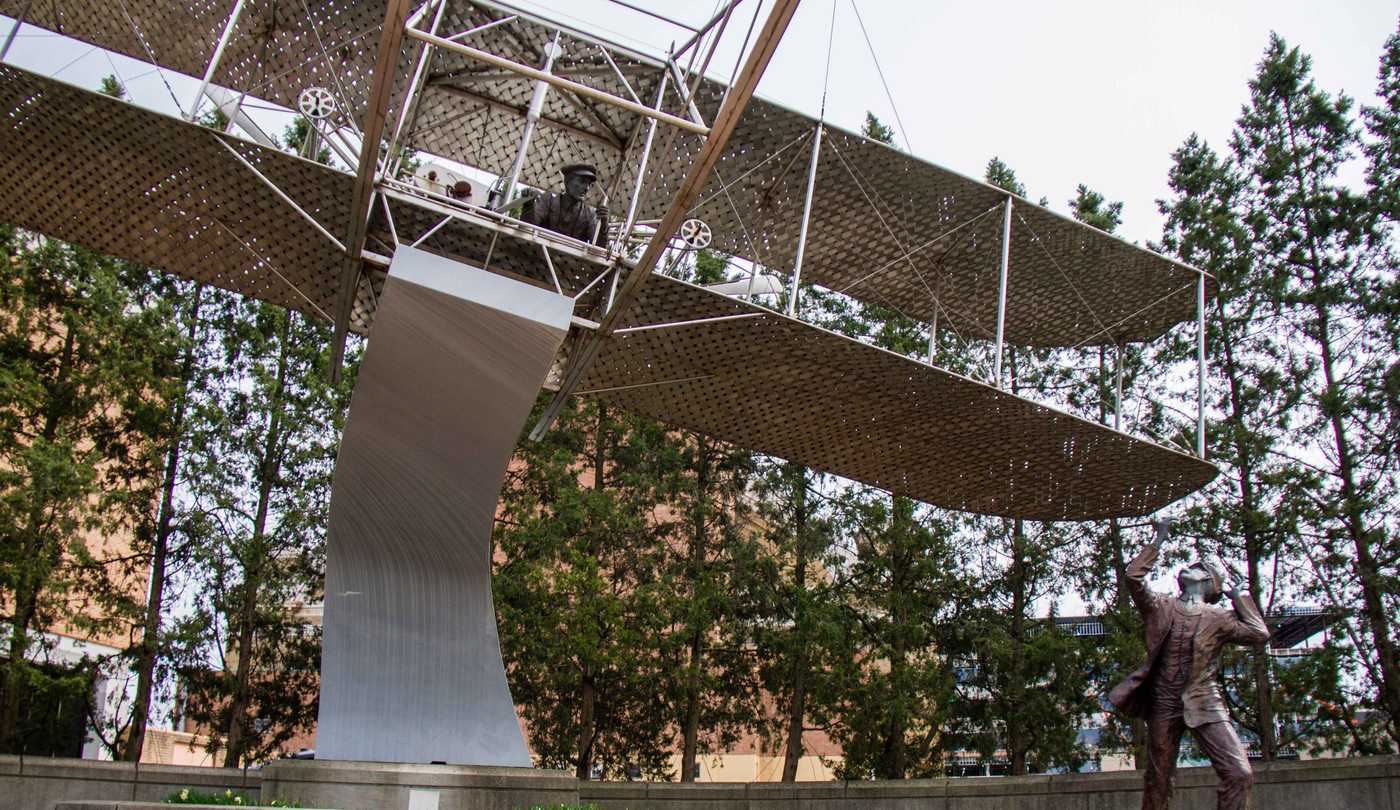 My husband has a theory. It’s called the “Dayton Sucks” theory. The premise is if you’ve ever lived in Dayton and for whatever reason move away, at some point in your life you will return because Dayton sucks you back in. Why? Because in the grand scheme of things, Dayton – aka Gem City – is a pretty darn good place to live.

The uninformed believe the only thing Dayton has going for it is the fact it’s located between Cincinnati and Columbus. But as someone who was sucked back to Dayton almost 30 years ago, there is a lot more to Dayton than meets the eye. Here are the top 9 reasons I got sucked back and decided to stick around.

1. It is illegal to get a fish drunk in Dayton.

If getting a fish drunk on a lazy Saturday afternoon is your idea of fun, well, sadly, Dayton may not be the place for you since Ohio law, er, outlaws it. However, if you’re willing to have an open mind, there are plenty of things to do in Dayton to keep you entertained on lazy Saturday afternoons. Here are a few of my favorites:

You don’t have to live in a big city to get your shop on. Dayton’s got plenty of places for you to spend money.

The Dayton Mall in Centerville

And even more shopping:

Dayton is chock full of history. To start, do the Wright Brothers ring any bells? If not, please stop reading this article immediately and consider moving elsewhere. It’s incredible to think how far aviation has come in a little more than 100 years.

Despite Pink Floyd’s proclamation we don’t need no education, those of us who enjoy learning and/or believe in making sure our kids get the best education possible, head to Dayton’s suburbs.

There are 32 school districts in the Greater Dayton area. Twenty-four of those (75% overall) score an A or B on the graduation rate component which means they have a graduation rate at 89% or higher.

5. So many festivals … so little time

If you like going to festivals, I counted 72 in this calendar year alone. Food, music, cultural … you name it, we got it. Keep in mind, these 72 are just in the Greater Dayton area and don’t include festivals in “big cities” like Columbus and Cincinnati nor does it include the multitude of fairs, expos, and bazaars!

6. A foodie’s paradise and your waist’s worst nightmare

Festivals aside, Dayton has got food. Lots and lots of really good food.

Every Daytonian is going to have their favorite place and there’s certainly no shortage of national chains. However, if you really want to get a taste for Dayton, try locally owned restaurants like Joe’s Pizzeria in Dayton, Rue Dumaine in Centerville, Young’s Dairy in Yellow Springs, or even southern Ohio’s claim to fame, Skyline Chili (this is the exception to the restaurant chain rule). Because, if you’ve never tried chili on spaghetti noodles piled high with shredded cheddar cheese, you haven’t truly lived.

And for dessert, because where’s the joy in eating without a sweet culmination, you can’t do better than Dayton’s own Esther Price chocolates. Pick up a box or three. Your taste buds will thank me.

Dayton is home to a surprising number and variety of businesses: aerospace research and development, health care, education, real estate, banking, and manufacturing are just a few. Some of Dayton’s top employers include:

8. Dayton produces talent … along with some pretty major eye candy.

I’m not always shallow, but when I am I have to admit it’s kinda liberating.

From Hollywood actors and actresses to world-class athletes, rock bands, and more, Dayton produces some major talent. Here are just a few.

9. The people are the best you’ll ever meet.

One of the best things about Dayton is its people. We’re curious, enterprising, friendly (some more than others before that first cup of coffee), and when a neighbor is in need we come together. In fact, Travelocity recently ranked the top 25 most charitable cities in the United States. It certainly didn’t surprise me to see little ol’ Dayton come in at the #8 spot. That’s just who we are.