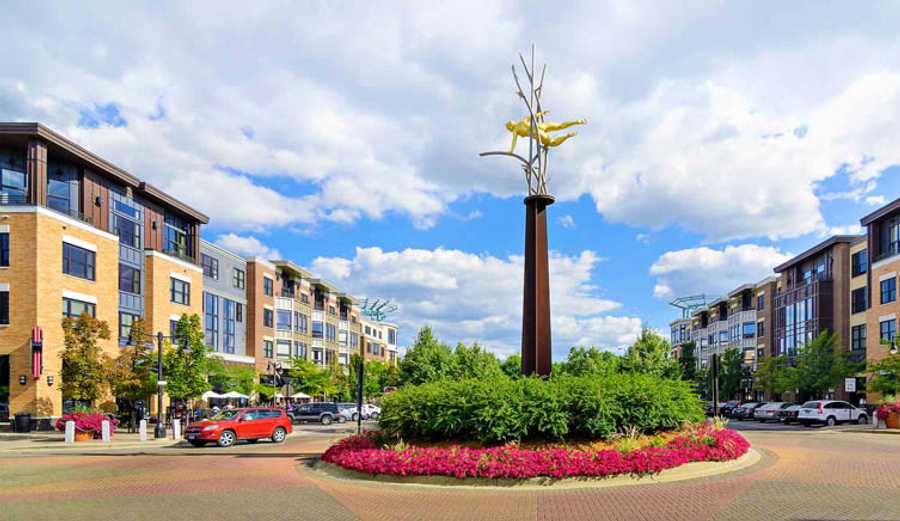 Hide the luggage, put away the “I Heart Minneapolis” shirt, and check out this expert’s guide to Minneapolis to blend in perfectly with the locals.

Whether you’re moving to Minneapolis, just there on vacation, or have a day or two to burn while on a business trip, you’ll want to see if any of these events line up with your trip.

The is a can’t-miss event for baseball lovers who slide through Minneapolis in January. Taking place at Target Field, TwinsFest is a kind of unofficial flag drop to begin baseball season.

TwinsFest introduces the fans to the players with photo ops, autographs, Q&A panels with players, and more! Smash some balls at the batting cages or check out guided or free-form tours of the Twins clubhouse and Archive Room.

Are you a film buff who can wax poetic about German expressionist film? Or maybe you just dig movies and love filling your eyeballs with as much cinema as you can. Either way, or anywhere in between, you can check out the Minneapolis-Saint Paul International Film Festival (or the MSPIFF for the real experts).

The MSPIFF has been going on for almost 40 years and has hosted thousands of filmmakers, both novice and pro. With a diverse set of films from over 60 countries, the MSPIFF is a great shot of culture for any film buff. Plus, the MSPIFF hosts a “Minnesota Made” category that specializes in flicks by local filmmakers.

The MayDay Parade is held by the “HotB Puppet and Mask Theatre” and celebrates the coming of Spring with community art, puppetry, masks, and music.

A vibrant kaleidoscope of wondrous visions, the MayDay Parade showcases fantastic sights like enormous puppets mounted on maypoles while at the same time grounding the proceedings with art that takes on modern social issues and visions of the future.
Join the tens of thousands of parade goers lining the streets, or attend the “Tree of Life Ceremony” in Powderhorn Park where hundreds of participants tell a story of the changing seasons and the growth of life using an orchestra, puppets, and dancers.

An exciting addition to the calendar of events, the Fringe Festival is a performing-arts festival that celebrates the cultural dances, theatre, music, and more from dozens of different cultures.

The 2017 show had over 45,000 attendees and 870 performers, split over two neighborhoods in Minneapolis. Half of the show takes place in the northeast chunk of Minneapolis, while the other half is located in the Cedar-Riverside neighborhoods.
The shows at the Minnesota Fringe Festivals tend to be slightly off-center, providing entertainment that is edgy, strange, and just the kind of thing you’re not likely to see at the local community theatre.

Suck in some sun, get your heart pumping, and enjoy the sights and sounds of what is often called “The Most Beautiful Urban Marathon.”
The foliage is changing colors into the vibrant, warm palette of autumn, the air is crisp, and the sky is usually clear as thousands of runners slap on their tiny shorts and dash down the streets of the Twin Cities.

Run past the Mississippi River, the Lake of the Isles, Harriet Lake, Nokomis Lake, and Calhoun Lake, absorbing the incredible scenery while you ride your endorphin rush all the way to the finish line.

Or, if you’re not a runner yourself, you can come watch the marathon and enjoy the festival-like atmosphere as everyone cheers for their favorite runner.

Avoid the national franchises and check out some of these local Minneapolis restaurants that will leave you booking your next trip back as soon as humanly possible. Or at least the next time you get hungry, anyway.

The Butcher and the Boar

With a motto like “Live. Full. Boar.”, you know exactly what you’re getting when you visit this cathedral to fire and smoked meats.
Not only have they been voted one of the “Best Bourbon Bars in America” by Bourbon Review , they’ve also nabbed a spot on the coveted “Top 100 Steakhouses in America” list put out by Open Table Users.

The entire menu of the Butcher and the Boar describes a veritable culinary Valhalla, but my favorite combo was the wood grilled oysters to start (with the steak tartare as a close second choice), the 24oz bone-in ribeye for the main course, and a glass or two of the Fulton Lonely Blonde to wash it all down.

A funky little pizzeria, the Pizzeria Lola was created by Ann Kim, a Korean immigrant who wanted to honor her mom’s home cooking, a love of pizzas, and her dog named “Lola.”

Do they have a bunch of awards and accolades? Sure. They’re on the “Best Pizza Joints in the Country” by Tasting Table. They got hit tossed in the “Best Local Bakeries” for their incredible pizza crust. Munchies Award winners, some more “best food around” type recognition – it’s almost silly.

What earns them these awards, you wonder? You’re not going to like how obvious this answer is, but it’s simple: They make super-awesome pizza that tastes great all the time. Do I sound biased? I should, because this place rocks.

Of all the pizza I’ve smashed in this establishment, I’d vote a three-way tie between the Korean BBQ pizza (short ribs, soy chili sauce), the Sweet Italian (sausage, mozz, peppers), and the Lady Zaza (Korean sausage, kimchi, and red sauce).

On the hunt for a homey-little place that’s full of patrons, life, and delicious Italian food? Bar La Grassa may just be your bullseye.
The interior is a lovely mix of modern style and antique charm, with original brick walls and huge windows on one side, and shiplap and white tile on the other side. Bar La Grassa focuses on traditional Italian cuisine combined with modern cooking, and it does both very well.
My favorite entrée is the cavatelli and braised rabbit, which I followed up with some damn fine coconut lime panna cotta for dessert.

Looking to save a little cash but still squeeze the most out of the Twin Cities? Not a problem at all. There’s plenty of free or nearly-free fun to be had in Minneapolis!

See the Tallest Building in Minnesota

The IDS Tower once served as the Target headquarters, until they were moved, and is the tallest building in Minnesota, and has been for almost fifty years. Standing at 792 feet tall with 57 floors, you can swing by downtown Minneapolis and marvel. IDS Tower also has the tallest glass curtain wall in the entire United States.

A non-profit community arts center, Altered Esthetics is a cutting-edge organization devoted to sharing diverse art and educating the community on the magic of the arts.

Many of their exhibits and events are free, as are some of their on-site classes and film festivals. Take a peek at their calendar for more information because they’re constantly rotating events, exhibitions, and collections.

An Educational Walk Through the Bird Sanctuary

The Eloise Butler Wildflower Garden and Bird Sanctuary makes for a relaxing, educational setting for an afternoon walk. From 7:30 in the morning until sunset, you can peep over 120 species of bird and 500 plant species, either with a guide or using the interpretive stations that are scattered around the park.

The park is separated into different habitats, with native plants from prairies, wetlands, and woodland areas around Minnesota.

If you’re in the Twin Cities in winter and not inspired to spend cash, why not try ice skating? Whether you swing by Lake of the Isles, Peavey or Landmark Plaza, or various parks all around the city, there are plenty of venues for ice skating anytime the weather is right.
If snow shoes are more your style, or if you’ve never done it and just always wanted to strap tennis rackets to your feet and go sledding, the Twin Cities offer plenty of opportunities for no money at all (or very little, if you need to rent some snow shoes). Check out the parks’ website for a whole list of places you can hike in the snow.

But don’t actually use tennis rackets – that only works in cartoons.

No One Will Know You Aren’t a Local

As long as you ditch the fold-up map and instead use the map software on your phone to get around town, no one will know you aren’t a local with this guide of places to visit in Minneapolis.

Okay, if you don’t have the accent it may be a little tough, but at least you’ll know your way around the finest local restaurants, the coolest seasonal events, and the cheap-to-free activities you can experience during your stay in the Twin Cities.