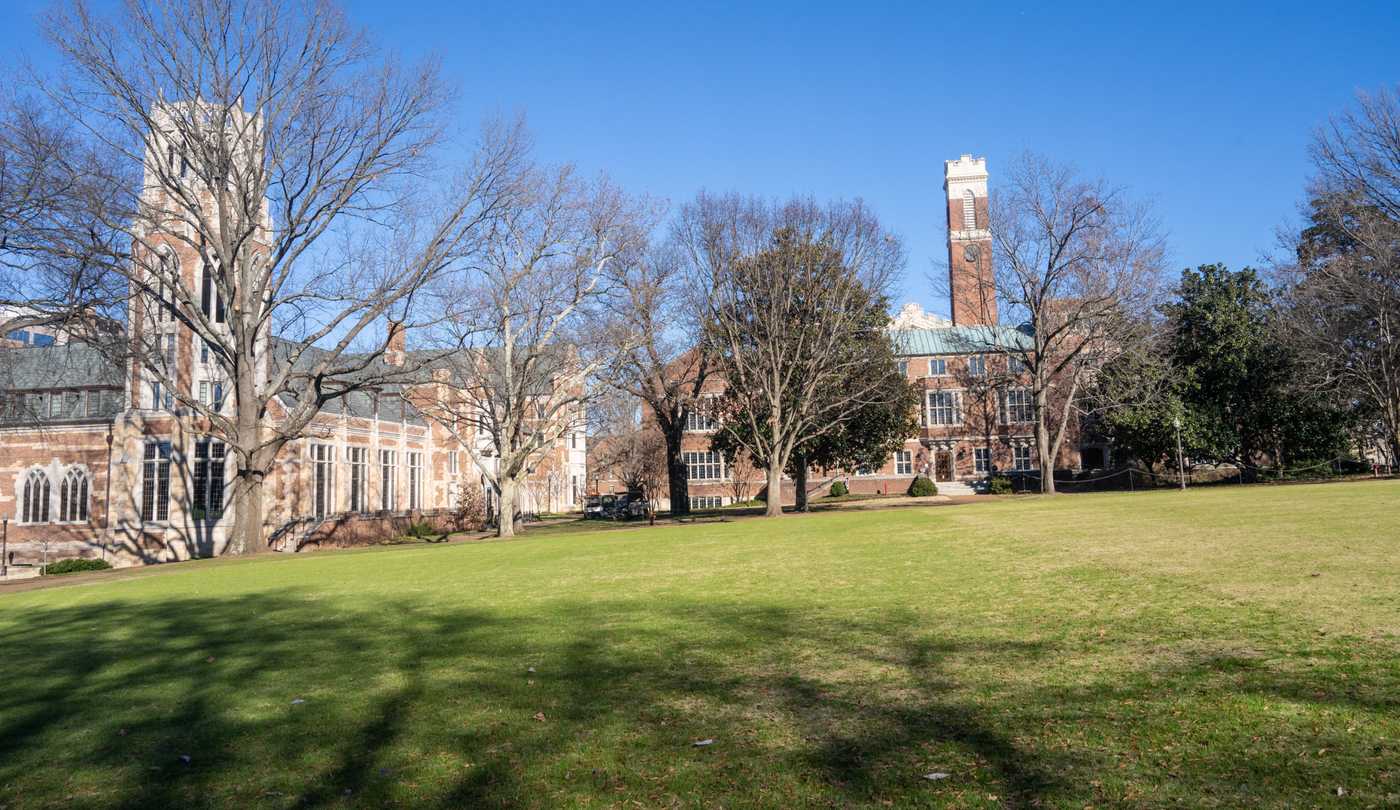 There are plenty of reasons why people move to Nashville: for the music, for the nightlife, for the economic opportunity, and for the fantastic Universities that call Nashville home. For those of us who find ourselves in Nashville for the top-tier Universities, our luxury Nashville apartments are a no-brainer.

Whether you’re a student, a parent of a student, or a faculty member of a local university, our luxury Nashville apartments are a fantastic place to call home. You can grade papers or complete coursework by our resort-style pool, gather with friends at our outdoor lounge, or enjoy throwing a ball for your furry friends at our rooftop bark park. With such a high standard of living, it’s no wonder why our Nashville apartments are such a popular choice for undergraduates and graduate students who study at Vanderbilt and Tennessee State University.

Two Colleges, One Town: The Origins of Vanderbilt and Tennessee State

Nashville is lucky to have not one, but two major Universities that contribute to the arts, culture, and innovation of Tennessee and beyond. Upon its founding in 1912, Tennessee State University was the first and only public university devoted to African Americans. This was a huge step forward at the time, and according to a historical plaque on campus, “This site gave birth to a new era of public higher education in the state of Tennessee with emphasis on agricultural and industrial occupations. In 1922 the school became a college and in 1951, a university.”

Tennessee State is located just outside downtown Nashville sitting along the Cumberland River.

Vanderbilt University, in Midtown has roots that go all the way back before the Civil War. According to Chancellors, Commodores, and Coeds: A History of Vanderbilt University by Bill Carey, following lobbying by Nashville bishop Holland Nimmons McTyeire, church leaders voted to found “The Central University of the Methodist Episcopal Church, South” in Nashville in 1872. However, lack of funds and the ravaged state of the Reconstruction Era South delayed the opening of the college.”

That is until Cornelius Vanderbilt, railroad and transportation tycoon from New York (and the wealthiest man in the United States at the time) donated $1 million dollars to launch the University. Thus, Vanderbilt University was born.

Affordable Universities Accessible to All

Vanderbilt might be named after one of the richest figures in American history, but that doesn’t mean you have to be rich to attend. Quite the contrary. Vanderbilt University prides itself on affordability, so much so that Vanderbilt was ranked the #3 best value among private universities, according to Kiplinger in 2015. According to their financial aid booklet, your family’s ability to pay is not a factor when it comes to making admissions decisions because they recognize that talent and potential have nothing to do with how much money is in your family’s bank. Furthermore, their financial aid packages do not include loans, meaning that students never have to pay them back. Vanderbilt promises to meet 100% of demonstrated financial need for all students, and 65% of students receive financial aid from one or more sources. It’s typically no more expensive to attend Vanderbilt than any other college in the United States, making it a fantastic value.

Tennessee State University is also devoted to providing easy access to higher education to all. TSU received an award for the “Best Value School” for 2017 by University Research and Review. Institutions that win this award are “good, reasonably-priced colleges loved by students and alumni, and selected based on research by higher education experts.”

Tennessee State University is such a great value because it offers students a “unique balance of academics, student life, and financial manageability”, according to the University Research and Review.

The Best At What They Do: Highly-Ranked for Nashville’s Brightest

Students in Nashville have a bright future because of our robust local institutions. Vanderbilt University is not only ranked #7 for the best value in American schools but is also among the 20 best universities for the quality of their undergraduate professors. It’s also ranked 14th best in national universities overall, according to US News and World Report.

Among their most celebrated programs are the Peabody College of Education and Human Development, the Owen Graduate School of Management, and the Vanderbilt Medical Center. Young musicians will find their voice at the Undergraduate Blair School of Music, and other students will be happy to know that Vanderbilt has been praised for the quality of their engineering, law, and nursing programs as well.

Tennessee State University, on the other hand, is celebrated for its incredible student life. Students build friendships that last a lifetime and find their passions for years to come. Tennessee State was ranked among the top 100 schools in America for the quality of their Greek Life and is ranked as the third-best Greek Life school in Tennessee. TSU is also ranked the eighth-best for college athletics in Tennessee and is among one of the most diverse schools in the entire state, clocking in at number 6 of 37, according to Niche.com.

For students who are looking for vibrant nightlife, look no further than Tennessee State University. It’s the third-best party school in Tennessee, so if you’re looking to make the memories of a lifetime and make incredible friends, this might be the school for you.